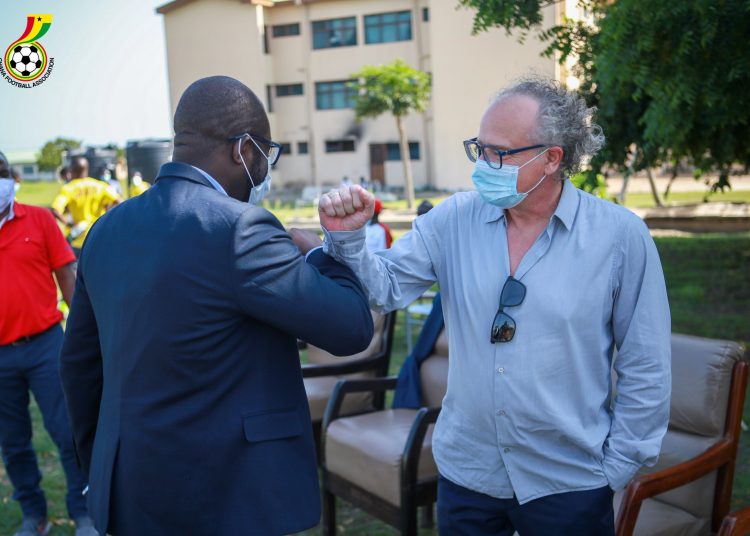 President of the Ghana Football Association, Kurt Okraku, has defended the GFA’s decision to hire Bernhard Lippert as Technical Director.

Before the German’s appointment, there was clamor for a local coach to be appointed to fill the role vacated by Francis Oti-Akenteng in April 2020.

In October 2020, following months of speculations, the GFA announced 59 year old Lippert as the association’s new Technical Director, after 8 candidates were interviewed for the job.

Lippert’s appointment was met with initial backlash and the Eintracht Frankfurt has struggled to make any meaningful impact yet.

Okraku however, says Lippert’s qualities stood tallest among the list of over 200 candidates who applied for the job.

“I have an appetite for quality coaches; coaches who can bring results. If it happens that a yellow coach can give me results, I’ll go for the yellow coach.

“Lippert was one of the close to 200 applicants for the TD job and he came up tops; whether he is white or black doesn’t matter; he came up tops and he’s the best,” he said in an interview with Football Made in Ghana.

“I’ve worked with a lot of local coaches that I have employed and if you give me the believe that you know your business, I’ll work with you,” Okraku said.