Aguero to leave Manchester City at the end of the season 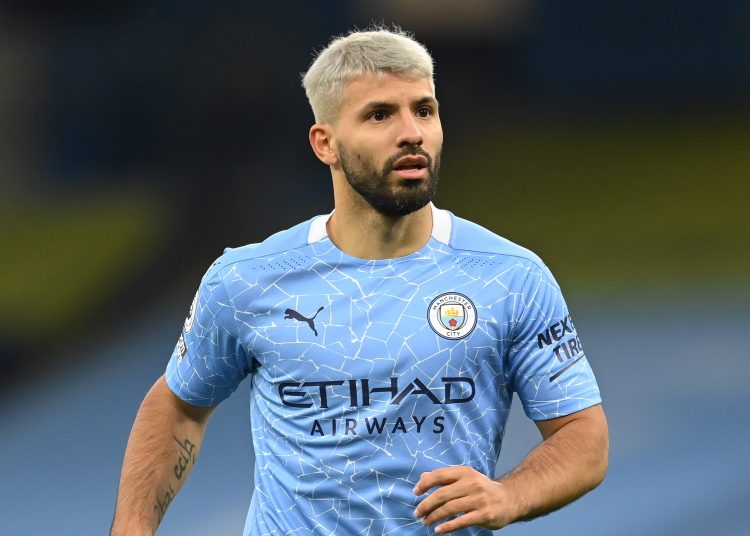 MANCHESTER, ENGLAND - OCTOBER 17: Sergio Aguero of Manchester City in action during the Premier League match between Manchester City and Arsenal at Etihad Stadium on October 17, 2020 in Manchester, England. Sporting stadiums around the UK remain under strict restrictions due to the Coronavirus Pandemic as Government social distancing laws prohibit fans inside venues resulting in games being played behind closed doors. (Photo by Michael Regan/Getty Images)

Record goalscorer Sergio Aguero will leave Manchester City at the end of the season, the club has announced.

The 32-year-old striker’s contract expires at the end of the season and he has been told it will not be renewed.

The Argentine, who signed from Atletico Madrid in 2011, has scored 257 goals in 384 appearances for the club.

“With the guidance of the owners and the contributions of many players, we earned a place among the greatest of the world,” Aguero said.

He will be honoured by a statue at Etihad Stadium, alongside Vincent Kompany and David Silva.

Aguero has played a leading role in City’s renaissance in recent years, famously scoring the injury-time winner against QPR in 2012 which clinched the club’s first English title in 44 years.

Since then, he has helped City win three more Premier League titles, one FA Cup and five League Cups.

“His legend will be indelibly etched into the memories of everyone who loves the club and maybe even in those who simply love football.”

Aguero has played a peripheral role this season, because of injury and illness, as City chase a quadruple of Premier League, Champions League, FA Cup and League Cup.