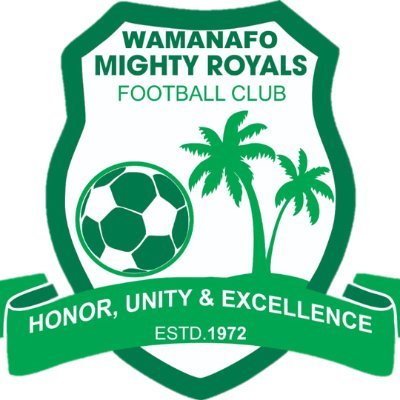 Wamanafo Mighty Royals have been charged on six counts of misconduct in relation to their Division One League match against Bofoakwa Tano at the Wamanafo CAM Park.

Two officials of the club, Daniel Asante and assistant coach, Stephen Gurah have also been charged on four counts of misconduct in relation to the same match.

This comes after some referees were assaulted by fans of the home team Wamanafo Mighty Royals FC after a scoreless draw with Bofoakwa Tano FC last Sunday.

Below are the charges:

On the first count, Wamanafo Mighty Royals FC is being charged for failing to comply with existing Matchday COVID 19 protocols put in place by the Ghana Football Association (GFA) and the Government of Ghana by allowing unapproved persons being supporters into the stadium.

On the second count,  the club is also being charged for failing to ensure the safety of the match officials as they were being beaten and stoned by the fans of the club.

On the third count, the club is being charged for failing to ensure law and order in and around the stadium during and after the match which led to the incident.

Fourth count: Wamanafo Mighty Royals are also being charged for failing to prevent fans and officials from invading the pitch and attacking the match officials and players.

On the fifth count, the club is being charged for ensuring safety at the venue.

On the sixth and final count, the club is being charged on account of the fans who prevented some parts of the game from being recorded.

On the first count, Stephen Gurah is being charged for insulting and assaulting the match officials.

Stephen Gurah on the second count has been charged for threatening and intimidating the match officials.

Thirdly, Gurah has been charged on a count of physically assaulting the referees by beating them.

Lastly, the assistant coach is charged for verbally assaulting the referees by threatening and insulting them.

First count: Daniel Asante is being charged for verbally assaulting the referees before the start of the match.

On the second count,  Asante is charged for insulting and threatening to kill the match officials if Wamanafo Mighty Royals FC lost the match. The said incident happened before the match around the dressing room.

Thirdly, The club official is being charged for physically assaulting the referees by beating them.

Finally, Daniel Asante has been charged for insulting and assaulting the match officials resulting in several injuries.

The Club and the officials who have been charged are expected to submit their Statements of Defence or appear in person before the GFA Disciplinary Committee.