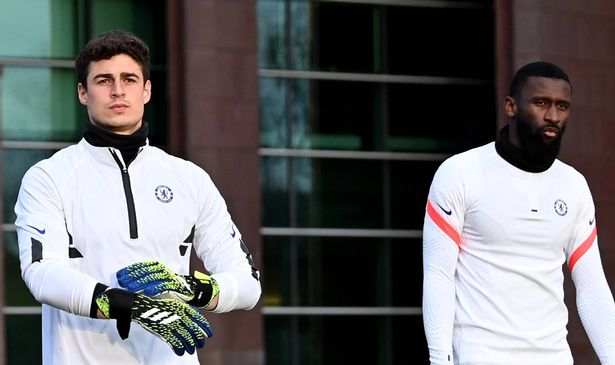 Chelsea stars Kepa Arrizabalaga and Antonio Rudiger were reportedly involved in a training ground scuffle – and tensions between the two are alleged to have been strained during the West Brom thrashing.

The Blues suffered a humiliating 5-2 defeat against the relegation-threatened Baggies at Stamford Bridge on Saturday, their first loss under Thomas Tuchel.

Both Arrizabalaga and Rudiger were left to watch the team’s capitulation from the bench, but it is reported that they were involved in a bit of needle on the sidelines.

According to The Athletic, the substitute goalkeeper gave the German centre-back a few choice words while the game was going on.