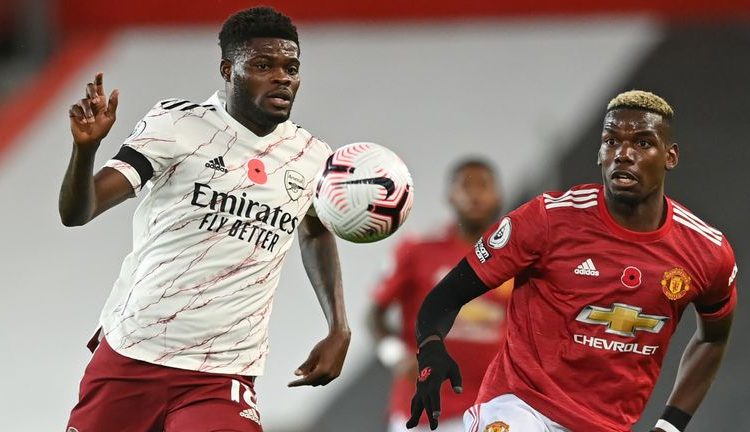 The return of the Ghana Premier League this past weekend saw us re-acquainted with a number of local players who joined the Black Stars A and B teams for the international break.

Other players linked up with the national team from beyond the country’s borders with quite a few of them returning to action at the highest level in Europe.

There are currently 19 Ghanaians playing in the top five leagues in Europe and a whole lot more across the continent.

However, there appears to be a distinct lack of opportunities for a lot of these players at their various clubs.

The situation in England is perhaps the best out of the lot, with Jordan Ayew, Jeffery Schlupp and Thomas Partey getting regular gametime at Crystal Palace and Arsenal respectively.

And after battles with injury, Mohammed Salisu and Daniel Amartey have both made an impact at Southampton and Leicester City.

Christian Astu has, however, not made a Premier League appearance for Newcastle this season.

The situation is a little direr in Spain where the four players have featured in 20 La Liga games between them, with Joseph Aidoo involved in 19 of them.

Kasim Nuhu is Ghana’s sole flagbearer in the Bundesliga and has made 12 appearances for Hoffenheim this season.

John Boye, Alex Djiku and Majeed Waris have all made at least 15 appearances for the sides in France.

Take a look at the list of Ghanaians playing in Europe’s top leagues: 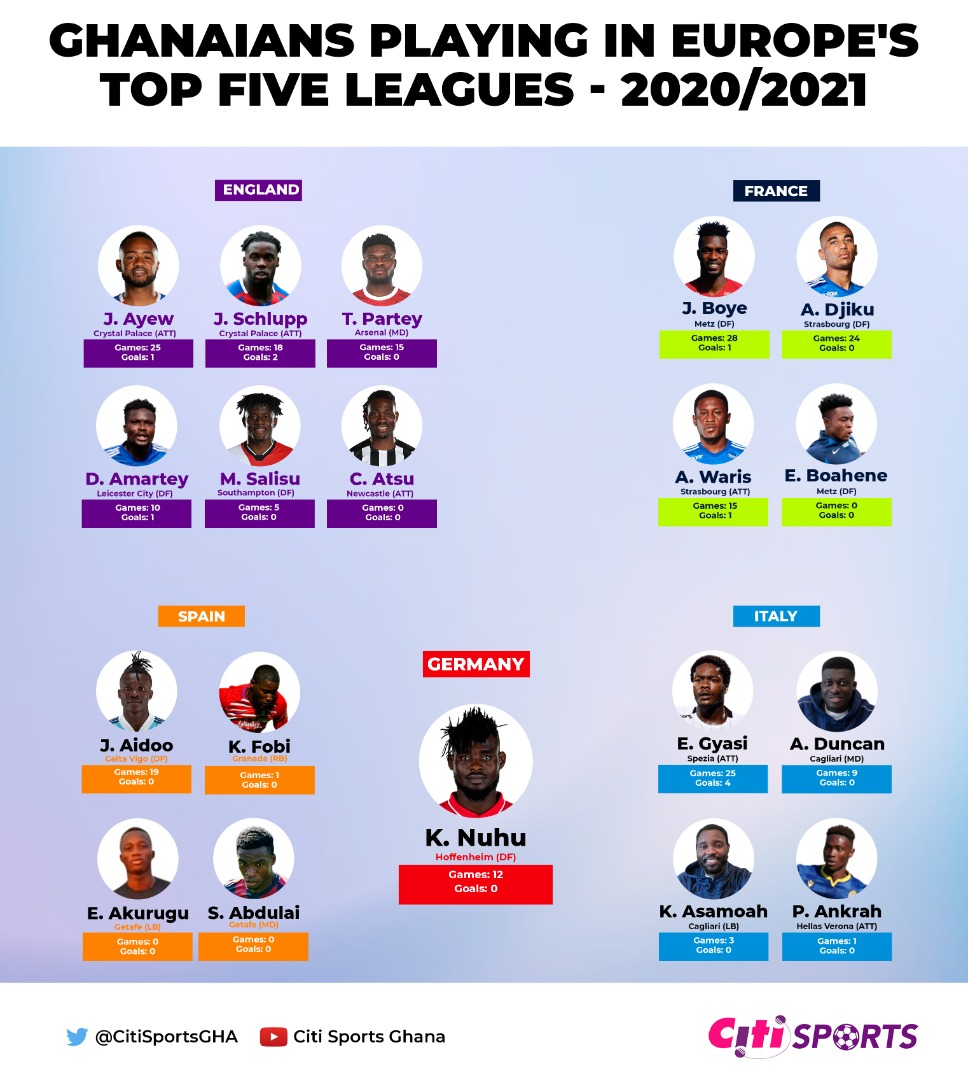