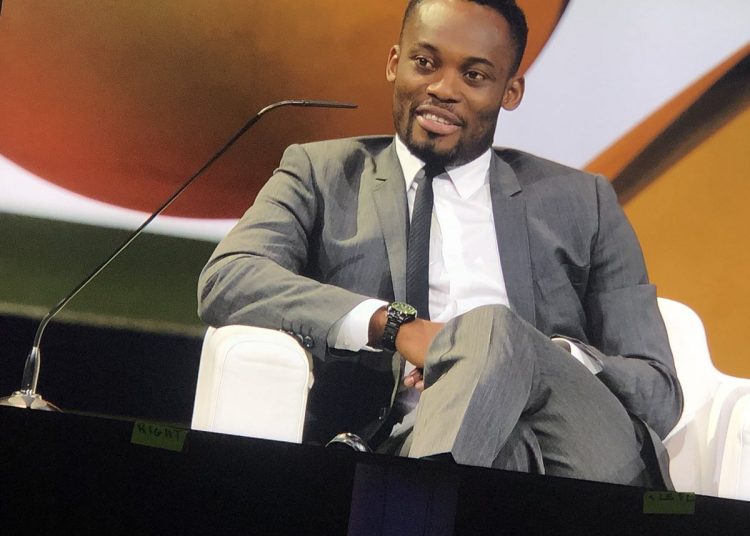 Chelsea have every chance of winning the Champions League for a second time, believes former hero Michael Essien.

Chelsea took a first leg lead with 2-0 victory over FC Porto in Seville on Wednesday night.

Should they get past the Portuguese side as expected, Chelsea will play the winner of the Real Madrid vs Liverpool tie in the semi-finals, meaning they will avoid the likes of Manchester City, Bayern Munich and Paris Saint-Germain until the final.

Essien was part of the Blues squad that won the competition against the odds in 2012 and thinks the latest crop of players can do what he and his former teammates did.

He told talkSPORT: “I think they can win it. If they win the Champions League that would be a great achievement for the players and the football club.”

Chelsea’s season has had its usual chaos with owner Roman Abramovich opting to sack club legend Frank Lampard as manager back in January.

Although Lampard lasted just shy of 18 months in the hotseat, Essien believes his former teammate can be proud of what he achieved in that time.

Essien added: “I have to be proud of him for what he did because I think he did a very good job.

“He brought several young players through so I think he did a good job. He did very well.

“But it’s the business of football. If the results are not coming then the manager pays for it but he should be very proud of himself.

“Knowing Frank, knowing how strong he is mentally, I’m sure he will bounce back very soon.”

Lampard’s successor, Thomas Tuchel, has made a strong start to life at Stamford Bridge, having gone on a 14-match unbeaten run to begin his reign.

The unbeaten run came to a sudden end as Chelsea suffered a shock 5-2 defeat to West Brom last weekend but Essien believes the German is the right man to lead Chelsea.

He added: “He’s come in and is doing a great job at the moment. I think he’s the right man for the team.

“We just have to support him and wish him very well. Hopefully he can continue the good job he’s doing at the moment with the football club and the players he’s got.”