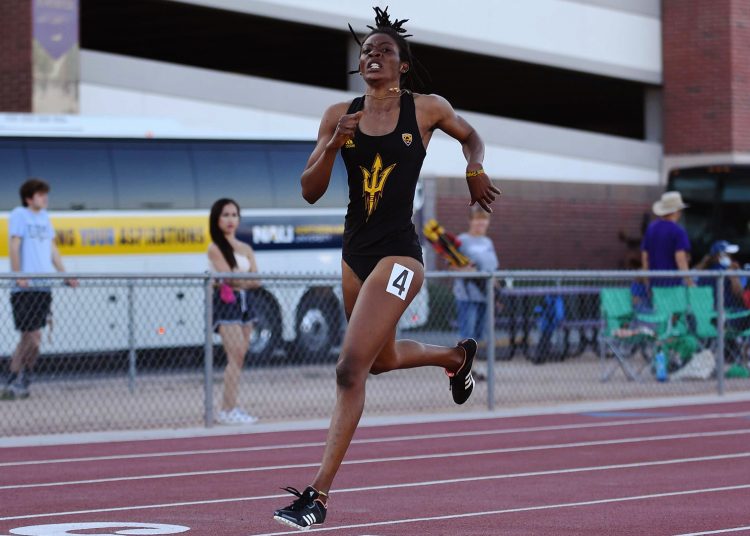 Ghanaian sprinter, Josephine Anokye, took to the tracks on Saturday for her first outdoor sprint races of the season strong performances in both the 100m and the 200m races at the Jim Click Shootout Meet in Arizona, USA.

Her 100m time also catapults her into the top 40 fastest women over the event so far this season and shoots her up to 5th on the all time list at ASU.

A flat 23.00s (+0.4m/s) clocking for Ghanaian sprinter Josephine Anokye in the women’s 200m race at the Jim Click Shootout on Saturday. The Arizona State University student is returning from a niggling injury and is a big hopeful to make the Olympics. #Citisports pic.twitter.com/BynJ3jWfch

The 200m time equaled her Personal Best in the event, which she set in qualifying for the 2019 World Athletics Championships in Doha. It ranks 10th in the US so far this season.

She did not compete a the event due to injury, which has battled for the last two years.

But she has gradually regained her fitness in anticipation for a qualification for the Tokyo Olympics later in the summer.

Last week, she jogged to a 53.55s clocking in the 400m, an experimental race considering she sees herself more as a 100m and 200m runner.

With the Tokyo qualification standard set at 22.80s for the 200m, Anokye’s work is cut out for her over the next three months as she tries to make the mark for this summer’s big showpiece.