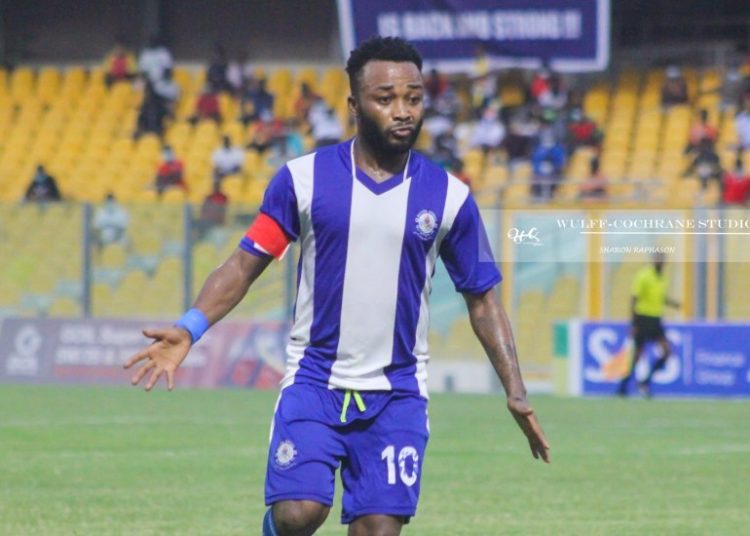 Accra Great Olympics midfielder Gladson Awako believes he is capable of scoring between 10 – 15 goals this season.

Awako has enjoyed a stellar season for the “Dade boys” who occupy second place on the Ghana Premier League log.

As captain of the side he has been one of the major reasons for the resurgence of Great Olympics this season.

Despite scoring just 4 goals so far this season he remains optimistic.

“As a midfielder yours is to assist and also to score.

“As an offensive midfielder I have set a target for myself.

“I roughly should get between 10 to 15 goals before the end of the season.

“I am working towards that even though I know it won’t be easy.