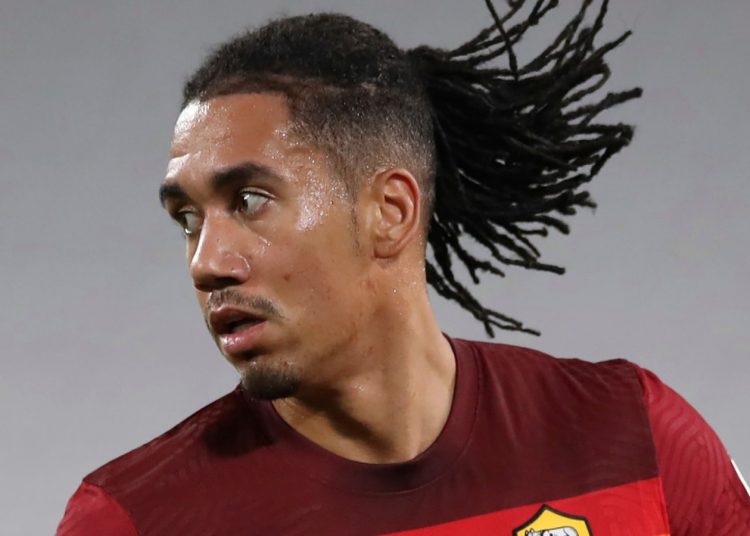 Chris Smalling and his family were robbed at gunpoint in the early hours of Friday morning as armed men entered his home just outside Rome and stole watches, jewellery and cash.

The Roma defender missed his side’s Europa League quarter-final tie against Ajax on Thursday as he was recovering from knee discomfort.

According to Italian news agency Ansa, three men entered the home in the Appia area just outside of the capital after removing a grating from the window of the player’s bedroom.

They then forced him to open the safe at gunpoint, taking away three Rolex watches, jewellery and around 300 euros in cash.

Smalling’s family members were also present during the robbery, with his wife calling the police at around 5am.

The police are now examining video surveillance cameras to shed light on what happened.

Roma and United will face each other in the semi-finals of the Europa League after the Serie A side drew 1-1 with Ajax on Thursday to progress 3-2 on aggregate.

Roma coach Paulo Fonseca’s house was broken into last November when he and his family were out. Watches and other valuables were taken.