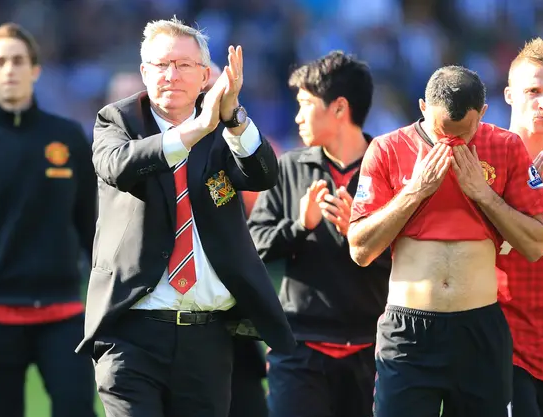 0
SHARES
1k
VIEWS
Share on FacebookShare on TwitterShare via Whatsapp

Sir Alex Ferguson has insisted that he only coached four “world-class” Manchester United players during his incredible 26-year tenure at Old Trafford.

The legendary Scotsman amassed an impressive 38 trophies during a remarkable managing career at United.

But alongside the abundance of silverware, Ferguson built unforgettable United squads and managed his fair share of world-class talent.

However, Ferguson claims that the four world-class stars he managed at United were Eric Cantona, Ryan Giggs, Cristiano Ronaldo and Paul Scholes.

In his 2015 book Leading: Learning from Life and My Years at Manchester United, Ferguson wrote: “If you read the papers or listen to the television commentators, we seem to be awash with ‘world-class’ footballers.

“I don’t mean to demean or criticise any of the great or very good footballers who played for me during my 26-year career at United, but there were only four who were world class: Cantona, Giggs, Ronaldo and Scholes.

“And of the four Cristiano was like an ornament on the top of a Christmas tree.”

While Ferguson omitted several stars from his ‘world-class bracket,’ the former Aberdeen boss suggested the likes of Giggs and Scholes were “fantastic players.”

He added: “But these players elevated themselves above all that.

“The younger breed like Ryan and Scholes were just fantastic players and the thing about those two was longevity.

“Are there players who have played right through the whole of the Premier League and performed at the level they have? There are none, absolutely none.

“Of course, Ronaldo was just a complete genius of a player.”

Ferguson, who was appointed United manager in 1986, called it time on his legendary career in 2013 after securing his 13th Premier League title with the Red Devils.