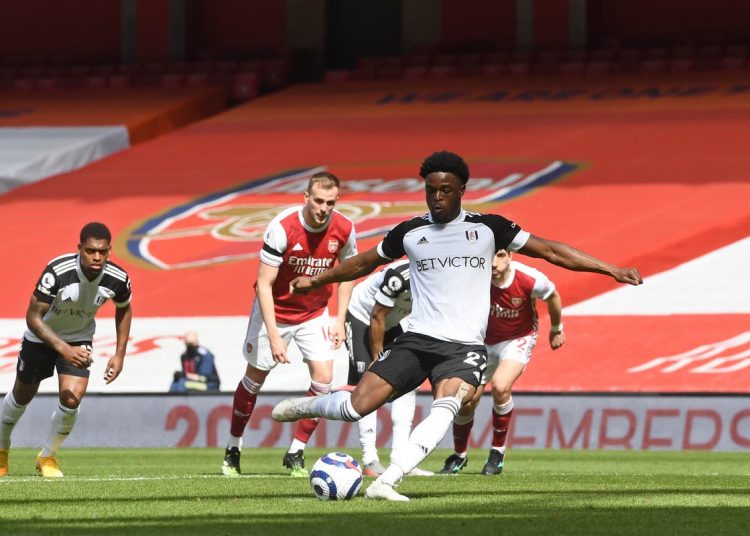 Scott Parker’s side came into the game seven points adrift of safety having played a game more than Burnley in 17th, and they thought their task was about to become even harder when Dani Ceballos converted Hector Bellerin’s cross just before half-time.

However, VAR came to their rescue and the goal was ruled out because of an incredibly tight offside decision against Bukayo Saka.

Fulham defended resolutely against the Gunners and were hoping for one chance to fall their way, and it did midway through the second half when Gabriel Magalhaes brought down Mario Lemina inside the penalty area. The incident survived a VAR review for offside and Josh Maja stepped up to emphatically convert the penalty as Parker’s men looked on course for what would be a crucial three points.

However, after repelling nearly everything the Gunners threw at them with a superb defensive performance, Fulham buckled in the final stages of seven minutes of injury-time, Nketiah poking home from close range to rescue a 1-1 draw.

The result means Fulham are now six points behind Burnley, who have the chance to stretch that gap when they take on Manchester United on Super Sunday.

Meanwhile, despite the point, it was a disappointing afternoon for Mikel Arteta’s Arsenal side after they booked their place in the Europa League semi-final in midweek with a thumping win at Slavia Prague. The Gunners stay ninth with their chances of European qualification through the league now looking extremely difficult.