Perez on Super League: We’re doing this to save football 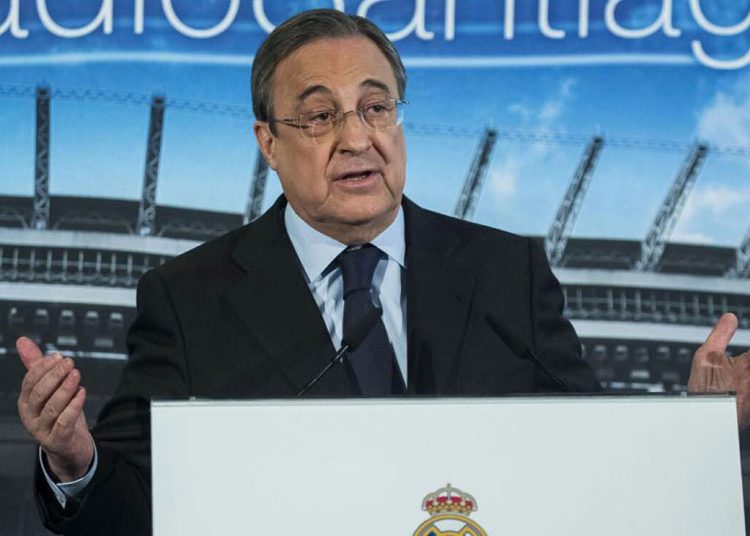 Real Madrid president Florentino Perez says the European Super League will “save football at this critical moment” and insists players taking part in the competition will not be banned from representing their national teams.

The Spaniard’s comments come after 12 leading European clubs committed to join a new tournament that will begin “as soon as is practicable”.

Speaking for the first time since the announcement, the new chairman of the European Super League said football needed to evolve.

“Whenever there is a change, there are always people who oppose it. We are doing this to save football at this critical moment,” Perez said on Spanish TV show El Chiringuito de Jugones.

“Young people are no longer interested in football. Why not? Because there are a lot of poor quality games and they are not interested, they have other platforms on which to distract themselves.”

Real Madrid are joined in the competition, which could start as early as August, by La Liga rivals Barcelona and Atletico Madrid, as well as Premier League clubs Manchester United, Liverpool, Manchester City, Chelsea, Arsenal and Tottenham.

The founding group of 12 is completed by Italian clubs AC Milan, Inter Milan and Juventus. Another three will be included as guaranteed members and five others will qualify to join them each year.

Perez stressed the top teams were losing money, largely due to the coronavirus pandemic, and that the expanded Champions League announced by UEFA on Monday was not the answer.

“If we continue with the Champions League there is less and less interest and then it’s over,” he said. The new format, which starts in 2024 is absurd. In 2024 we are all dead.

“Together we have lost €5billion,” he said of the top clubs’ alleged losses. “In two seasons Madrid have lost €400m.

“When you have no income other than television, you say that the solution is to make more attractive matches that fans from all over the world can see with all the big clubs, and we came to the conclusion that if instead of having a Champions League we have a Super League we would be able to alleviate what we have lost.”