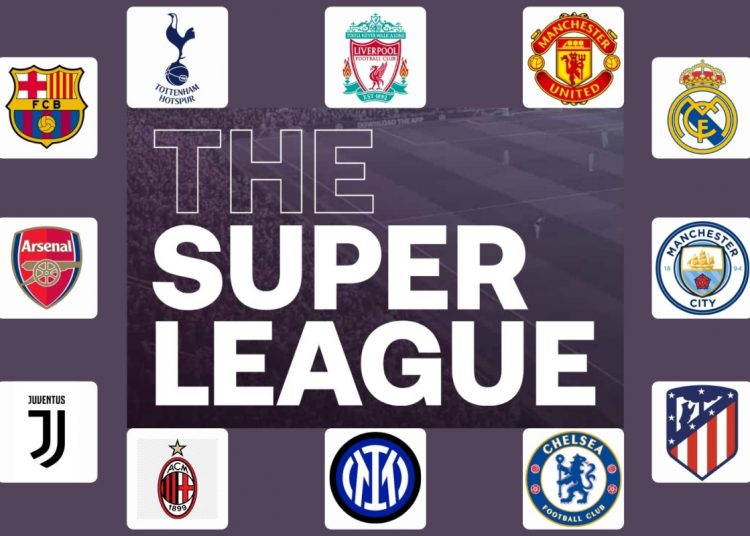 According to Sky Sport Italia, the Super League project has been suspended after the six English clubs formally pulled out.

Of the initial 12 founding clubs who announced the project 48 hours ago, half of them have backed out already.

Manchester City were the first to fall, followed by almost simultaneous statements from Liverpool, Manchester United, Arsenal, Tottenham and Chelsea.

In theory, Barcelona would also have a clause allowing them to leave if the associates do not vote in favour of the project.

There is still no news from the remaining clubs, but Sky Sport Italia report the Super League project has been suspended.

During his interview with El Chiringuito, Real Madrid President Florentino Perez had insisted this could not happen.

“The contract of the Super League is binding. Nobody can leave. We will work all together. All the clubs signed the contracts last Saturday, there’s no problem.”

Perez was due to give an interview this evening to Spanish radio, but pulled out.