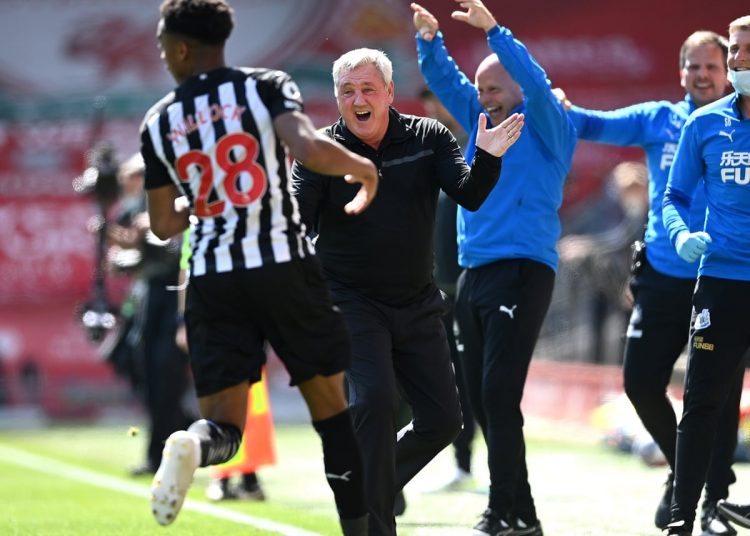 Joe Willock scored a dramatic stoppage-time equaliser as Liverpool blew the chance to move into the top-four after dominating for large parts in a 1-1 draw.

Starting the day in seventh Liverpool could ill afford any more surprise defeats at Anfield and Mohamed Salah settled the nerves with an explosive finish with their first attack in the third minute.

It should have set the tone for a comfortable afternoon but Jurgen Klopp’s team were wasteful in front of goal, failing to score again despite registering a further 21 shots on Newcastle’s goal.

With time running out Newcastle sensed an opportunity to strike and thought they equalised when Callum Wilson bundled home but VAR disallowed the goal as the ball inadvertently hit his arm before he scored.
Undeterred by a potential piece of VAR injustice, Steve Bruce’s side kept going and with their final attack, Willock  who scored the winner in the victory against West Ham last weekend – popped up to strike home a deflected effort (90+5).

Having played a game more than Chelsea and West Ham, who meet later today, Liverpool find themselves one point behind their rivals in sixth place. Newcastle are all-but safe from relegation, nine points above the drop.

Arsenal fans protest against Kroenke prior to Everton clash