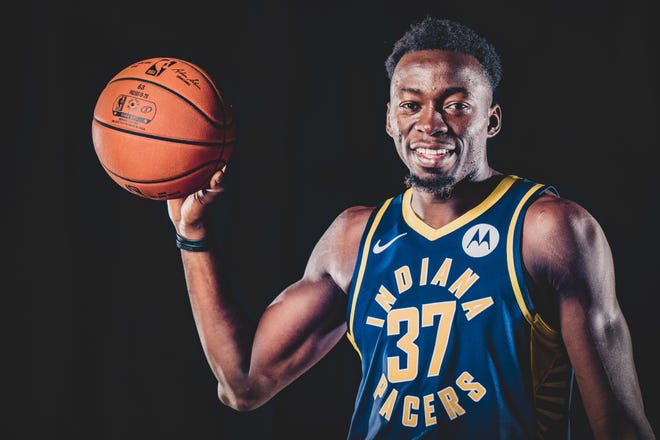 Ghana’s Amidah Brimah made history by becoming the second Ghanaian born to play in the National Basketball League (NBA).

Brimah made his long awaited NBA debut in the Indiana Pacers 131 – 112 victory against the Orlando Magic.

The 6”11 Brimah managed to play five minutes off the bench and registered a single blocked shot in that time span.

Brimah has been handed the number 37 jersey following the signing of a two way contract on April 23rd, 2021.

Prior to being called up to the main Pacers team, Brimah had spent two seasons with the Fort Wayne Mad Ants, the G – League affiliate of the Pacers.

He now joins Ben Bentil who was drafted 51st in the 2016 NBA draft as the only Ghanaians to have featured in the NBA.