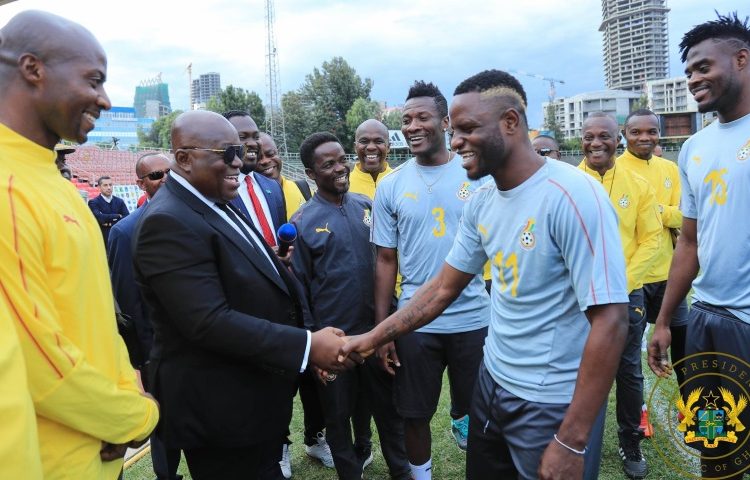 President of Ghana, Nana Addo Dankwa Akufo-Addo has tasked the Black Stars of Ghana to end the country’s 40-year wait for an Africa Cup of Nations trophy by winning the competition in Cameroon next year.

The President has also urged the team to go a step further than their quarter final appearance in the 2010 FIFA World Cup by reaching the semi finals of the Qatar 2022 edition.

The Black Stars have not won the Africa Cup of Nations since 1982, losing in three different finals since then.

Having already booked their spot at next year’s event, the Youth and Sports Minister has revealed the team will need $25 million to execute successful participation in that campaign, as well as the 2022 world cup qualifiers, set to begin in June this year.

The President pledged government’s commitment to providing $10 million of the required amount and charged corporate Ghana to help shore up the deficit before tasking the Black Stars to repay the nation’s resourcefulness with great performances at the two competitions.

“We must also reach at least the semi finals of the world cup in Qatar. Our exploits in 2010, where we reached the quarter finals in South Africa, tell us that once prepared, we have the quality and the talent to match any of the best teams in the world.

“The task might seem daunting, but it is exactly not insurmountable,” the President said.