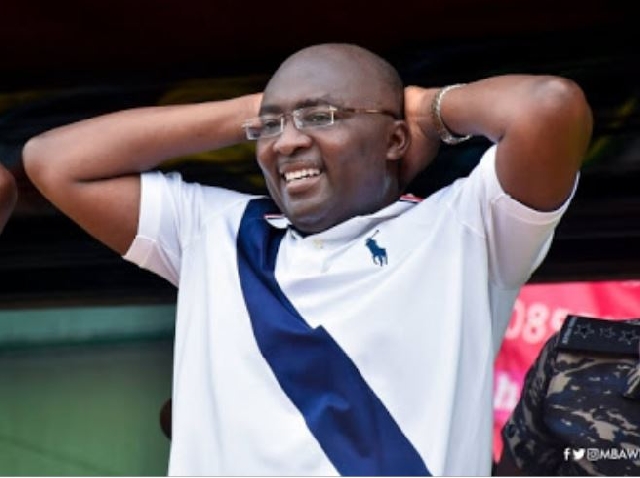 Tottenham’s loss in the Carabao Cup final on Sunday to Man City certainly upset the club’s fans in North London.

Spurs have not won a major trophy since the League Cup in 2008, so fans were understandably peeved that they didn’t put up much of a fight against City.

Back here in Ghana, one person was taking the loss just as hard; and not just anyone either.

The President, Nana Akufo-Addo, is known to be a huge Spurs fan. Footage of Nana Addo celebrating the North London club reaching their first Champions League final went viral in 2019.

It appears the Vice President, Mahamudu Bawumia, shares a similar passion for the Lilywhites.

Following the defeat on Sunday, Dr Bawumia’s account tweeted that his day had been going well until the final whistle.

“I was having a good Sunday until Tottenham Hotspurs lost the final,” the tweet said.

The Vice President couldn’t resist having a go at Spurs’ biggest rivals, Arsenal, pointing out that the Gunners were missing from the final.

“Before any wisecracks from Arsenal fans, they should note that they did not get to the final!.”

I was having a good Sunday until Tottenham hotspurs lost the final. Before any wisecracks from Arsenal fans, they should note that they did not get to the final! Go Spurs!#Spurs

Of course, Arsenal fans weren’t having any of it, responding in equal measure.

Tottenham is a small club

President n vice all dey support banter fc😭.. We have a long way to go as a country

Tottenham can never be better than Arsenal.
Bleeding at the Jubilee House, President & Vice all supporting all Spurs.
How happy i am to be an Arsenal fan today

Aymeric Laporte scored the only goal of the game in the 82nd minute as City won their fourth League Cup trophy in a row.

Spurs were led by Ryan Mason, who was taking charge of his second game as head coach after Jose Mourinho was sacked last week.