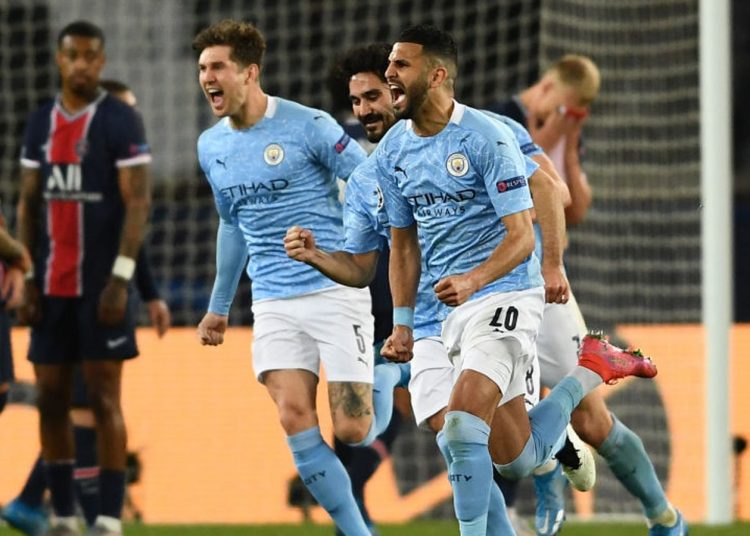 Kevin De Bruyne and Riyad Mahrez were on target as Manchester City pulled off a brilliant second-half comeback to take control of their Champions League semi-final tie against Paris Saint-Germain with a 2-1 win in the first leg.

Mauricio Pochettino, who had dumped Pep Guardiola’s Man City out at the quarter-final stage with Tottenham in 2019, looked on course to do the same again during the first half, when his PSG skipper Marquinhos headed the hosts into a deserved lead and Kylian Mbappe and Neymar caused all sorts of problems.

But City were much improved after the break and, after De Bruyne’s cross crept in past Keylor Navas, Mahrez’s free-kick flew through the PSG wall and into the net to make it two away goals for City against last season’s finalists.

Defensive errors from PSG had helped City turn it around and former Everton midfielder Idrissa Gueye made life even harder for his team-mates when his reckless tackle on Ilkay Gundogan earned him a straight red card and a suspension from the second leg at the Etihad on Tuesday.

But it was all smiles for City who, in just their second-ever Champions League semi-final, are well placed at the halfway stage in their bid to claim the major title missing from their trophy cabinet, with English sides progressing on each of the 47 occasions they’ve won away from home in the knockout phase of this competition and the European Cup.