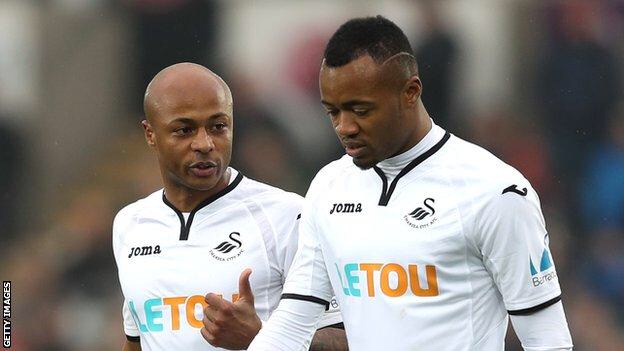 Crystal Palace forward, Jordan Ayew, has backed former side Swansea City to return to the Premier League next season.

The Swans who are captained by Jordan’s older brother Andre, will battle it out in the EFL Championship Playoff for the final promotional place in the Premier League.

After failing at this very stage last season, Jordan is confident his brother can lead the Welsh side back to the promise land this time around.

“I hope for my brother to get back into the Premier League.

“Last year they [Swansea City] were unlucky in the play-offs and this year I think they have a big chance because they have a bit more experience, he said.

Jordan Ayew finished top scorer for Swansea during their last season in the top flight.