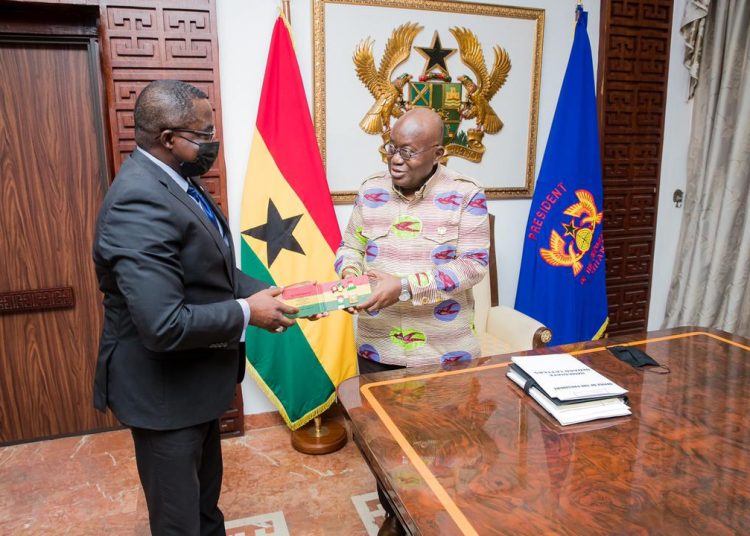 President Nana Addo Dankwa Akufo-Addo has charged the Ministry of Youth and Sports to come up with plans and policies that will help bridge the funding gap for sporting disciplines in the country country within the next six months.

He suggested that businesses and corporate organizations that supported sporting activities could be given some incentives such s tax reliefs since he government alone could not shoulder the burden of funding sports in the country.

According to the President, that was the surest way to garner support from the private sector since it dominated the country’s economy.

“While I will encourage parastatals to help with the development of our sports, the biggest support could come from the private sector since they dominate the economy.

“But we as a government and the administrators need to entice them and also change their mindset about the returns they can get from their investment in sports,” he added.

President Akufo-Addo was speaking during a courtesy call on him by the newly elected executive of the Ghana  Olympic Committee (GOC) at the Jubilee House.

The GOC also introduced its new executive to the President and discussed issues pertaining to the committee’s plan for sports.

The Committee also presented a proposed budget for Ghana’s participation in the 2020 Olympic Games in Tokyo which had been rescheduled for this year due to the outbreak of the coronavirus pandemic.

For his part, the GOC President, Ben Nunoo-Mensah, entreated parastatals such as the GCB Bank, Ghana Oil (GOIL), the Bulk Oil Storage and Transportation Company Limited (BOST), Ghana Gas, and the Consolidated Bank of Ghana to adopt the various national sporting teams.

He said such support was crucial because the budgetary allocation to the Ministry of Youth and Sports was not enough to adequately fund sports and youth development programmes, especially, athletics which is among the “so called least financed sports.”

Mr. Nunoo-Mensah also advocated for an annual or biennial sports competitionn among state agencies, a measure he said could lead to the agencies employing some of the athletes as was done in the past.