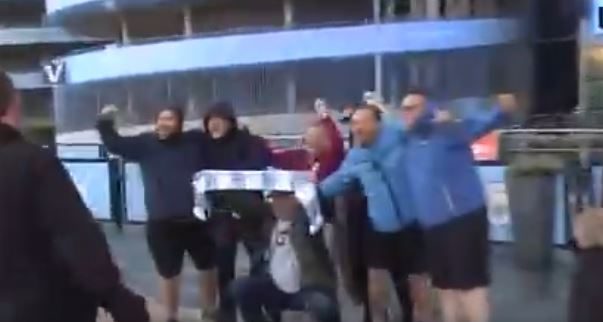 Manchester City might have just won their fifth Premier League title on Tuesday night but there’s been more trolling than celebrations on social media since they were confirmed champions.

Many people noted the fact that City’s fans barely numbered over 20, appearing to validate the common assertions that Man City don’t have any fans.

Some City supporters tried to justify the low number of fans, stating that COVID-19 restrictions had prevented them from gathering in larger numbers.

Fans of Liverpool, who won the league last year, responded with pictures of the celebrations outside Anfield at the peak of the coronavirus pandemic.

Take a look at the celebrations below:

I have more fans in my house ffs https://t.co/gyB1Yco7ap

This is embarrassing ngl https://t.co/uA7nqCU46G

They won’t need to worry about social distancing 🤣🤣 https://t.co/UJ7NMNznys

oh wow, absolute scenes, hope all 7 of then cherish the moment https://t.co/uQuvPyIxSy