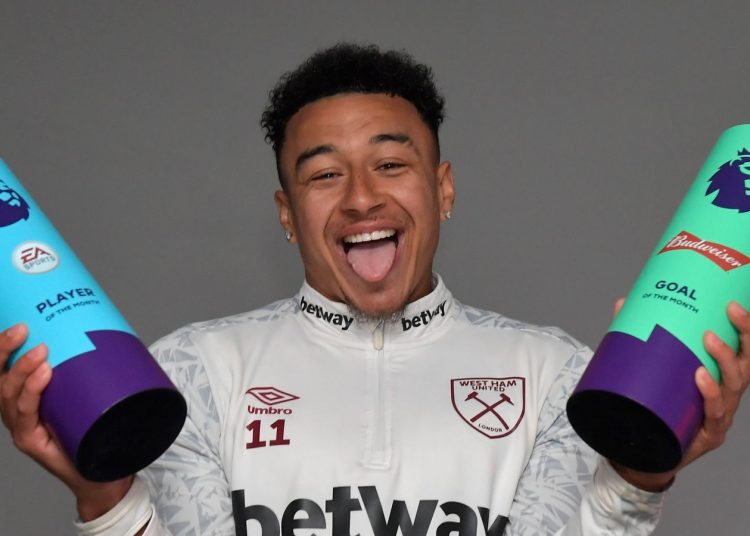 West Ham forward Jesse Lingard, on loan from Manchester United, has been named April’s Premier League Player of the Month.

The 28-year-old scored four goals in four league games last month, taking his tally to nine for the season since joining West Ham on loan at the start of February.

His solo goal against Wolves also saw him win Goal of the Month. Lingard collected the ball 10 yards inside his own half, powered towards goal before producing an ice-cool finish to beat the onrushing Rui Patricio.

Lingard had not played a minute of Premier League football this season prior to his Manchester United exit, but has been directly involved in 12 goals since his arrival at West Ham.