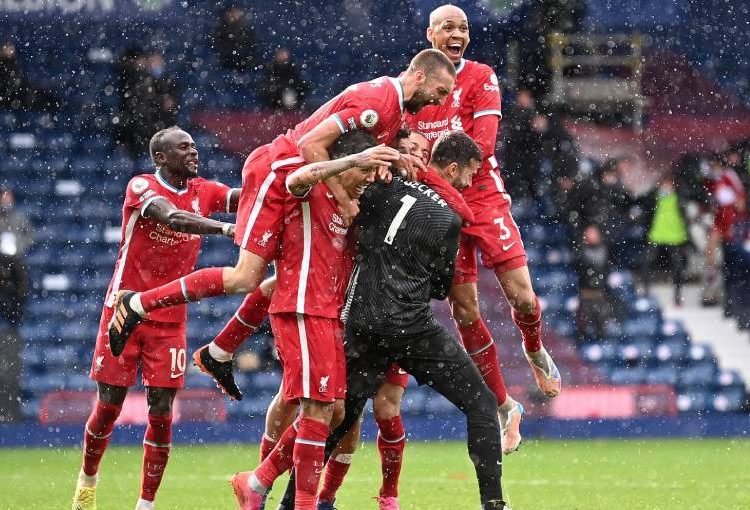 Goalkeeper Alisson scored an incredible injury-time winner as Liverpool claimed a significant victory in their quest to achieve a Premier League top-four finish by coming from behind to beat West Brom.

With three points a must and just seconds left of a game in which the visitors had been frustrated by an obstinate and disciplined Baggies, the Brazilian keeper came up for a corner.

It was surely the Reds’ final chance to snatch the win and so it proved as Alisson rose to glance Trent Alexander-Arnold’s delivery into the far corner of the net to send the away side into delirium.

In an example of extraordinary timing, it is the first time a goalkeeper has scored a competitive goal for Liverpool in their entire history, dating back to 1892.

The stunning moment takes the Reds just a point and a place behind Chelsea in fourth and three points worse off than third-placed Leicester with two games to go.

That the Blues and Foxes face each other in their next league game gives Jurgen Klopp’s side a huge opportunity to take control of their own destiny in the race for Champions League qualification when they travel to Burnley on Wednesday.