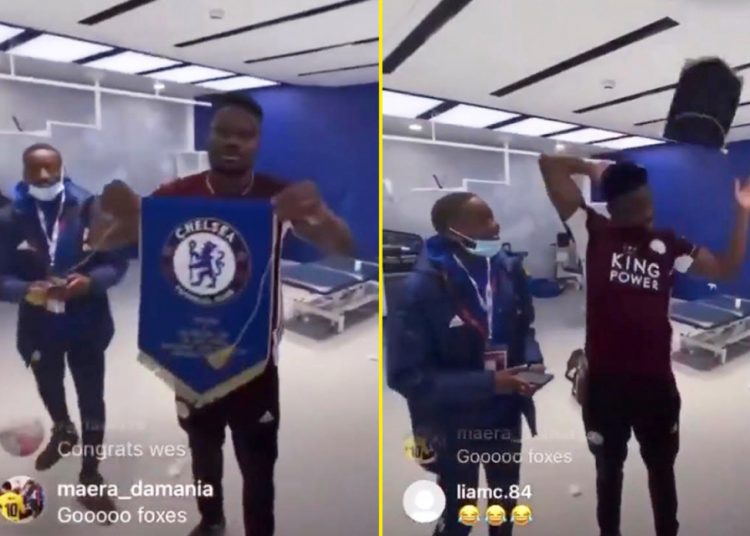 Daniel Amartey has angered some Chelsea fans after throwing the club’s pennant to the floor during Leicester’s dressing room celebrations on Saturday.

The Foxes won their first ever FA Cup by beating the Blues 1-0 at Wembley thanks to a second-half rocket from Youri Tielemans.

There were jubilant scenes from all involved with the club as fans returned to the stands, Gary Lineker jumped up and down in the punditry booth and Brendan Rodgers embraced club owner Aiyawatt ‘Top’ Srivaddhanaprabha.

The players lifted the trophy and then returned to the dressing room to continue the party.

With some squad members streaming on Instagram Live, the celebrations were available for all fans to see.

Amartey took this opportunity to jump in front of one camera, pick up the Chelsea pennant exchanged by the captains pre-kick off, and hurl it over his shoulder.

It landed on a heap on the floor.

See Video of the incident below:

The disrespect from Daniel Amartey 🤭

That’s so disrespectful. They won we saw it but doing that is just wrong.