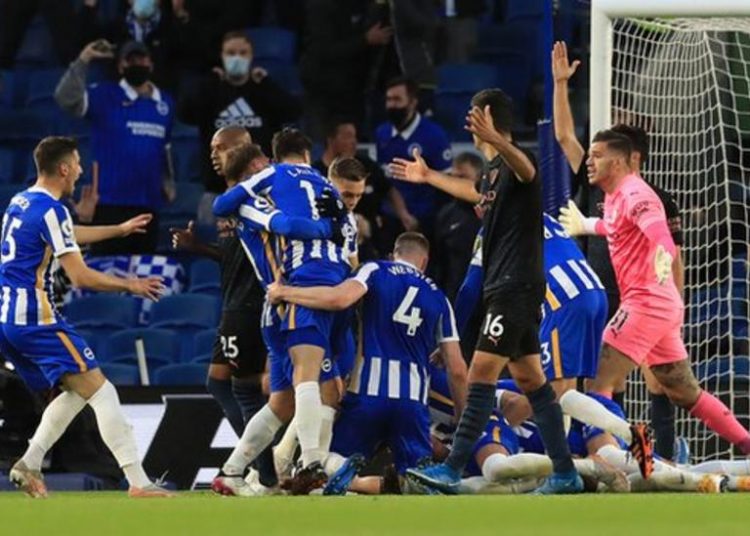 New champions City led through Ilkay Gundogan’s second-minute opener, but were a man down after nine minutes, when Joao Cancelo hauled back Danny Welbeck and was sent off for a professional foul.

Phil Foden’s superb solo effort put City 2-0 up – but Leandro Trossard gave Brighton hope with a cool close-range finish, and the home side then put intense pressure on the champions’ goal.

Adam Webster levelled, rising highest in the box to head home Pascal Gross’s delivery and set up a dramatic conclusion.

With 14 minutes left, Dan Burn got the Brighton winner, following up his own blocked shot to steer the rebound into the corner of the net.