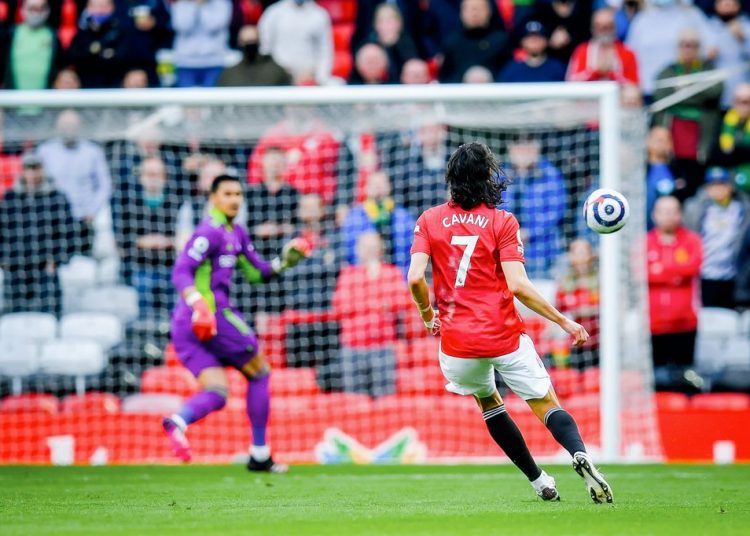 Edinson Cavani put Manchester United ahead in their encounter with Fulham on Tuesday with a stunning finish.

Running through on goal after a brilliant flick from Bruno Fernandes, the Uruguayan forward dinked the ball over Fulham keeper, Alphonse Areola from about 50 yards out.

The goal sparked wild celebrations from the player, his teammates and fans who had finally been allowed back into Old Trafford. 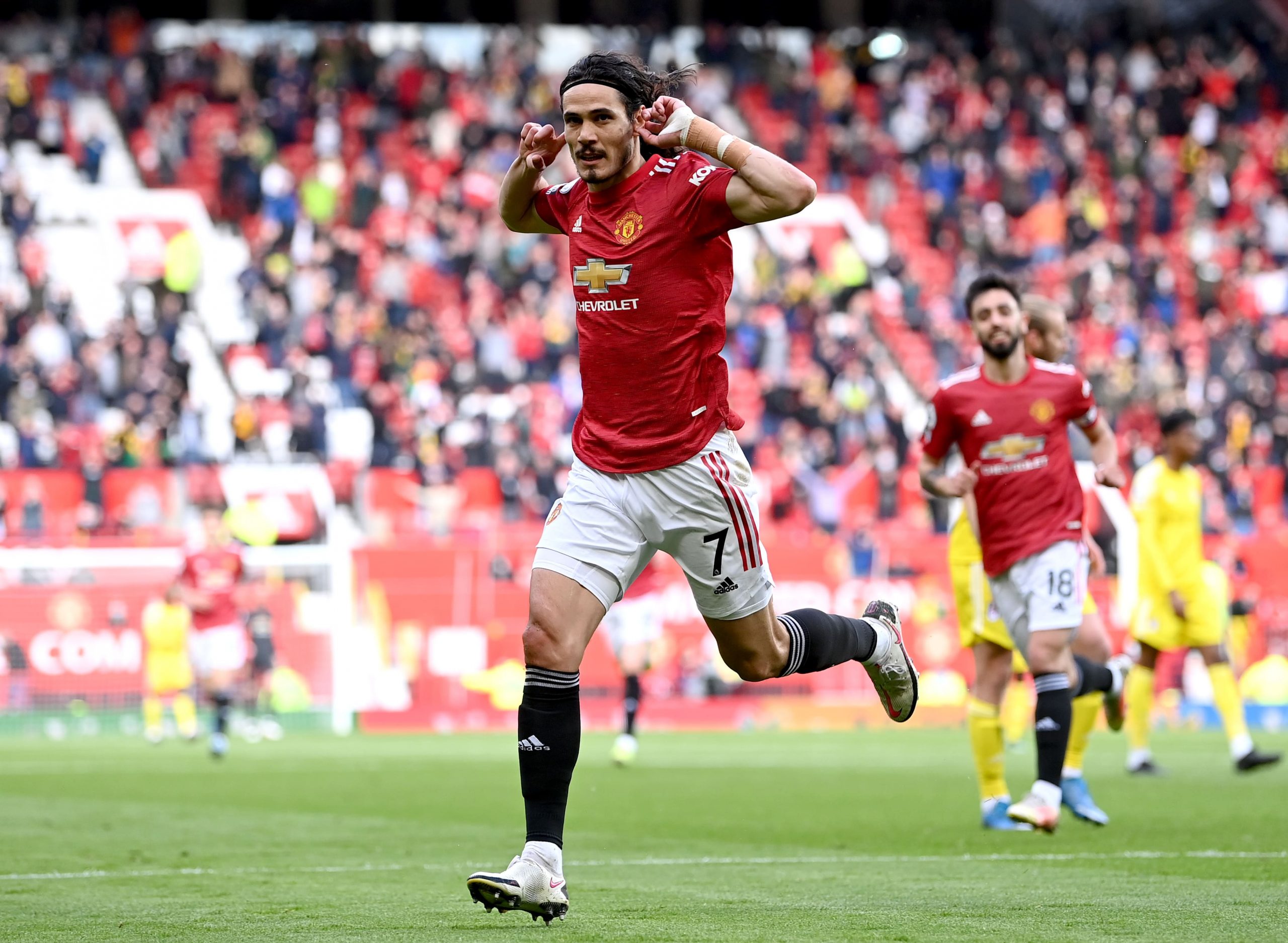 The goal, which was Cavani’s 10th of the season, took United into the break 1-0 up, with the Red Devils looking to seal second place on the table behind champions Man City.

A win would take United to 73 points, seven clear of Leicester in third with two games left for the Foxes, including tonight’s clash with Chelsea.

Take a look at the goal below and some reactions on Twitter:

Here’s what people have been saying:

If you're going to sign a 30+ year old player on a free transfer, Make it Edison Cavani. Not Willian.

That goal by Cavani is a strong contender for Premier League's 'Goal of the Season' pic.twitter.com/bIZoIwAJv1

I’m not a United fan but to watch Cavani – who I love – score this utterly brilliant goal & then to see the fans going crazy in a stadium again to celebrate it is a beautiful thing. 👏👏👏 https://t.co/SuMThjxgIW