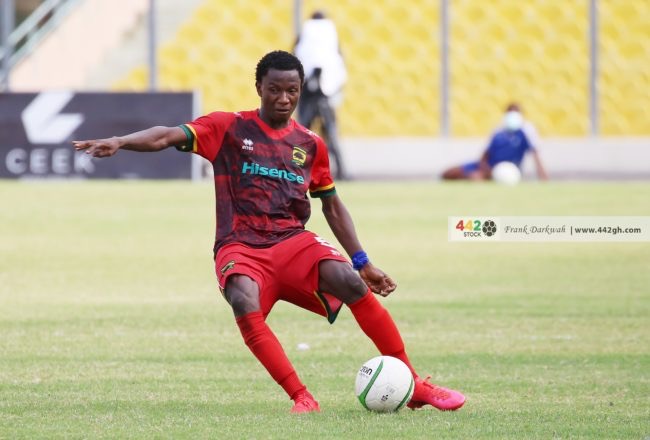 Asante Kotoko defender, Imoro Ibrahim, has hit out at what he describes as unfair refereeing in Ghana Premier League.

The in form left back has been on the end of a number of vicious tackles this season, most notably against Berekum Chelsea in matchweek 19 where he had to be stretchered off.

Speaking on Citi TV’s Football Made in Ghana, Imoro, pleaded with match officials to do more to protect players.

“So far I feel some of the referees are not being fair,” he said.

”Some tackles that deserved to be punished, aren’t getting punished.

“The tackle that got me injured against Berekum Chelsea was supposed to be a straight red card, but the referee did nothing about it.

“This is the work we do to sustain our families, so the referees should please protect the players.”