“I had to leave”: Imoro Ibrahim opens up on botched move to Hapoel Tel Aviv 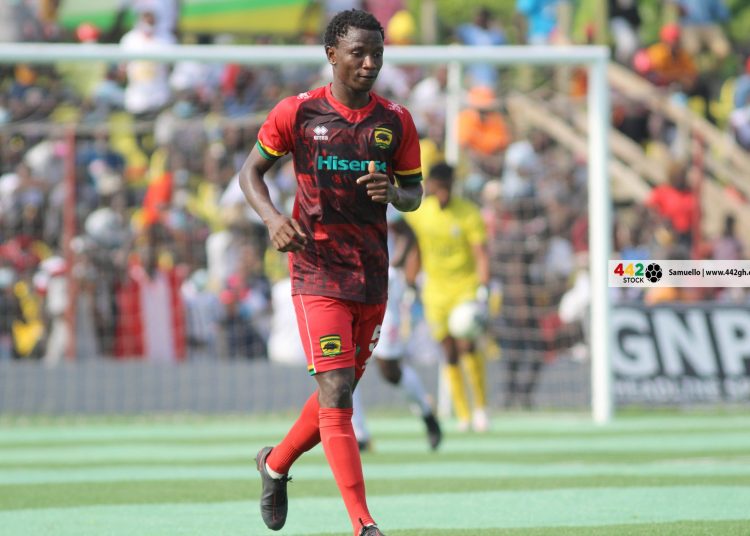 Asante Kotoko left-back,  Imoro Ibrahim has opened up on his failed move to Israeli top flight side Hapoel Tel Aviv.

He trained with the first team squad at Hapoel ahead of the 2019–20 Israeli season with the hope of being signed before the start of the season.

But just before the new season, the coach he had been training with was fired by the club and a new coach hired.

The new coach, however, did not fancy Ibrahim and he was let go eventually.

The Kotoko left-back made this revelation in an interview on Citi TV’s pidgin sports show, tball Made in Ghana.

“I actually signed a deal to join Hapoel Tel Aviv in Israel but I had to move on. When we concluded on the deal, I had to come to Ghana and prepare. But when I got back to Israel, the coach who had signed me had left and the new coach told me I was not part of his plans. So I had to find my way out”. He said.

Ibrahim, 22, signed for Asante Kotoko upon his return in December 2019 and has since gone on to establish himself as one of the best left backs in the Ghana Premier League.