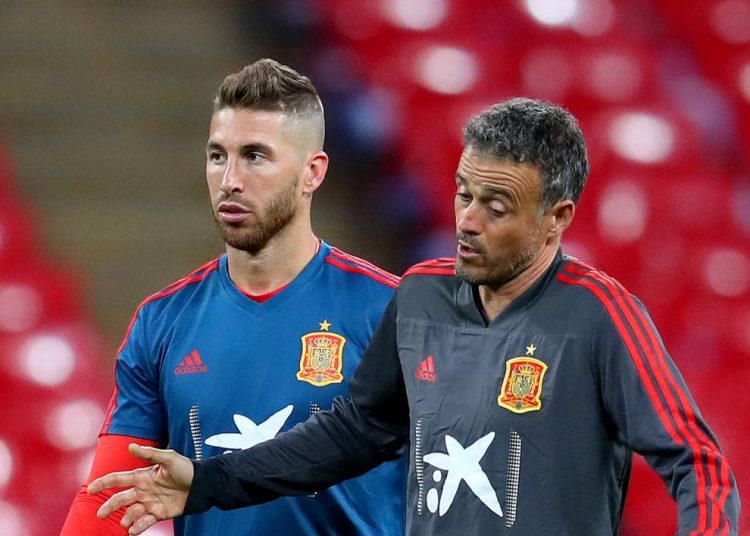 Sergio Ramos has been left out of Spain’s squad for Euro 2020.

National team coach Luis Enrique announced his group for the tournament, which was postponed last summer and will begin next month, on Monday morning.

With the tournament just around the corner, manager Luis Enrique has made some big calls – in March, he gave a number of first call-ups to a couple of players, while dropping others from the team completely.

A mainstay of Spanish tournament football since 2006, the 35-year-old veteran has been replaced by Aymeric Laporte, who recently switched international allegiance from France to Spain.

Ramos isn’t the only big name not making this latest squad, either. Kepa, Sergi Roberto, Sergio Reguilon, Hector Bellerin, Jesus Navas and Dani Carvajal all miss out from the defence.

Ansu Fati is left out too through injury.

Fati’s Barca teammate Pedri is in the squad after a call-up in March, though. The teenager has made the cut – Bryan Gil and Pedro Porro who also travelled with La Roja for the first time in the last set of internationals haven’t got in, however.

Premier League duo Dani Ceballos and Rodrigo Moreno also miss out. There’s not a single Real Madrid player in the side this time around, either.

Luis Enrique is set to lead the Spanish into his first tournament as manager.

Mathew Anim Cudjoe’s assist that has the internet talking [VIDEO]

Real Madrid to listen to offers for Hazard and Gareth Bale

Real Madrid to listen to offers for Hazard and Gareth Bale