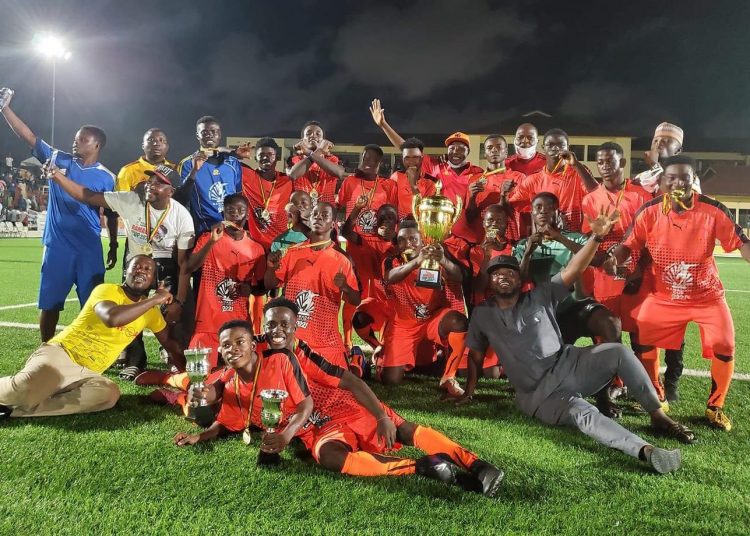 Kasoa Zongo won the 6th annual Sheikh Osman Nuhu Sharubutu Ramadan Cup over the weekend courtesy of a penalty awarded to them after a Video Assistant Referee (VAR) review.

According to sports journalist, Gary Al-Smith, an apparent handball by a defender for Kasoa Zongo’s opponents in the final, Hohoe Zongo, was missed by the referee, who was then bombarded with complaints.

The official went over to watch replays of the incident on a monitor that had been set up nearby.

He eventually overturned his original decision and awarded a penalty to Kasoa Zongo who converted it for the only goal of the game.

VAR DRAMA in the final!

Hohoe Zongo had beaten Maamobi 2-0 to reach the final, while the Kasoa side eliminated Ashaiman in a penalty shootout.

Below is the winning penalty for Kasoa Zongo in their semi-final against Ashaiman:

Kasoa Zongo through to the finals after beating Ashaiman on penalties

There is a Messi (Charles Appiah) in the Kasoa team. He’s a delight to watch pic.twitter.com/yTPelgBh0Y

Here are the celebrations by the players of Kasoa Zongo after the final whistle:

Kasoa Dethrones NIMA as the new Headquarters of Zongos in Ghana.#RamadanCup21 pic.twitter.com/18KzUxCjr7