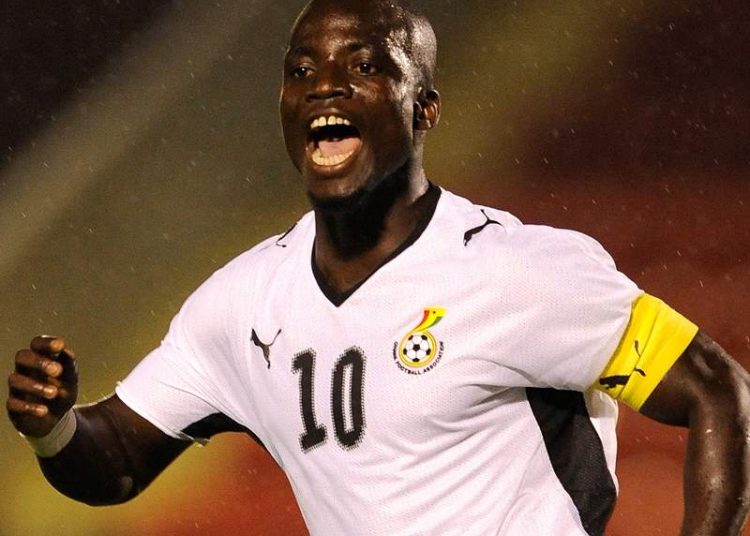 Former Ghana captain, Stephen Appiah, says he was reluctant to accept the role as captain of the senior national team in 2002 because he did not want to betray Sammy Kuffour who was a senior teammate.

At age 21, Appiah captained the Black Stars for the first time in a friendly match against Slovenia on May 17, 2002, and has since gone on to become arguably Ghana’s greatest captain.

The decision to make Appiah captain surprised the midfielder and he asked to not be given the armband because there were more accomplished teammates like then Bayern Munich defender Sammy Kufour who deserved it more.

However, he was persuaded by his roommate and goalkeeper Richard Kingson to accept the role, promising him of his, and the ‘elder statesmen’s support.

“It was a difficult decision for many reasons. For one, I didn’t want to betray Kuffour, a man I had admired for so long. He had accomplished so much and had sacrificed a lot for the good of the team. Some of the things he had done for the team were also the reason why some people didn’t like him.

“It could have been part of why he didn’t want the captaincy. So it was difficult for me. But I accepted after speaking with Sammy. He encouraged me to take it and assured me of his support. I realized I had started leading the team anyway and the armband was only going to legitimize what I already was,” he told EMY Africa magazine.

“Together with the players, we decided to scrap the existing bonus structure. It didn’t make sense to me that bonuses had to be paid based on seniority and status. The Black Stars had a history of disunity and everyone knew this. So I felt we needed to shift the paradigm,” he added.

Appiah’s legacy will be cemented some four years after when he led the team to qualify for its first-ever FIFA World Cup in 2006 when they qualified to partake in the Mundial in Germany.

Stephen ‘Tornado’ Appiah retired from the Black Stars with 67 appearances and 14 goals.