Stephen Appiah recounts how his career ended at Juventus 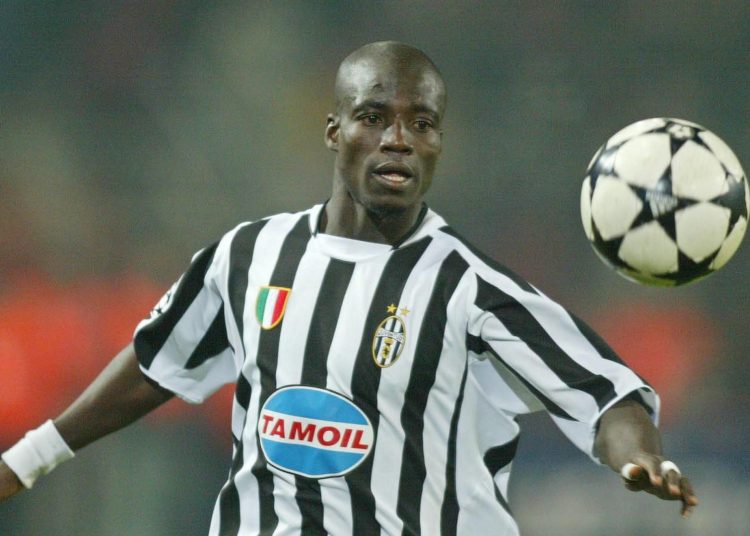 Ex-Black Stars captain, Stephen Appiah says his decision to represent his country at the 2004 Athens Olympics cost him his spot at Juventus.

After a stunning stint at Brescia on loan from Parma, Appiah was signed by Serie A champions, Juventus for €2 million in the summer of 2003 and he went on to play 30 games in his debut season in Turin.

However, things took a nose-dive the following season when he left Juventus camp to represent Ghana at the 2004 Olympic Games in Athens.

‘‘I was told the club had received a letter from Ghana. Even before I went in, I knew that it was about the Olympic Games. I went into the Sporting Director’s office only to see three men; Luciano Moggi – Juventus Director of Football, Geraldo, the club’s lawyer, and the legendary Roberto Bettega himself. Without even asking whether I wanted to go or not, they explained at length how much they needed me.

“They suggested I stayed and not represent my country at the Olympics. I asked for time to think about it and decide. They gave me three days’’  Appiah told EMY Africa magazine.

However, the presence of the trio was not intimidating enough as Stephen Appiah had already made up his mind, describing the opportunity to represent Ghana as “unmissable”.

“I had previously spoken to some teammates who had been to the Olympics and what they described was unmissable. Beyond the immeasurable sense of pride of representing your country at the multi-sports event, it was a festival. The description of the Games village, getting to see other world-class athletes up close and inaction was indescribable, they said. This was better than the World Cup.

“So I had to be there. And on a personal note, I had played at the FIFA U-17 World Cup once, twice at the U-20 but never at the Olympics. This was my chance. And as a matter of principle, only injuries or suspensions could stop me from representing my country. That’s non-negotiable’’ Appiah concluded.

According to Appiah, 40, he knew he was dealing with very powerful men in football at the time but stood firm and chose Ghana over The Old Ladies

‘‘People don’t know Moggi. Not even the investigators. He was the most powerful man at the time. Look, he was even more powerful than Sepp Blatter – then FIFA President. He did things even Blatter wouldn’t dare do. Milan and Inter were our biggest threats at the time.

“Lazio and Roma were good, but they didn’t have any pedigree. So Milan and Inter. Yet, Moggi could influence our rivals and their matches. It could be through their opponents, refs.

As it has always been, Juventus was a star-studded team and in that season, before Appiah’s departure to join the Ghana camp for the Olympics, Juve had the gifted Adrian Mutu, Ruben Oliviera, Mauro Camoranesi, and the talented Pavel Nedved among their midfield options.

‘‘I know they valued me. I was one of the more talented midfielders there. But this is Juventus where there are always options’’. He added.

It looked set that Appiah’s stay at Juve was coming to an end when he scored a pitch of goal to extend Ghana’s lead against Italy but came back to draw the game 2-2. The midfield maestro went on to score another in the Olympics, making a name for himself due to his spectacular style of play.

The following day after the game, the Italian Newspapers berated him. He was labelled as the black boy who left camp without telling Juventus.

‘‘I don’t know where that came from. Juve knows I asked permission and Moggi and Capello allowed me to go. They did so hesitantly, but they gave me written permission to go’’. He narrated.

When Appiah returned from the Olympics, Capello suddenly no longer trusted the man who had played 30matches in his debut season. Despite the fallout, Capello had no doubts about Appiah’s ability. Appiah managed to play 18 Serie A matches in the 2004/05 season.

No matter how well Appiah played, the decision to move him on had long been made as Patrick Viera joined the Turin-based club from Arsenal in 2005.