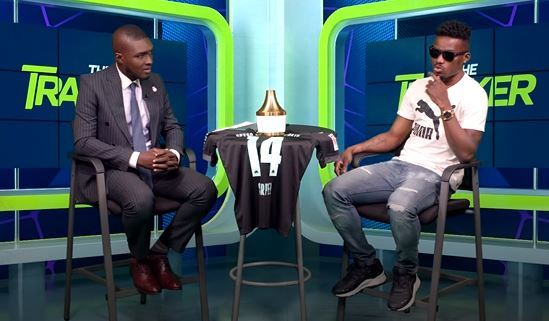 Ghana and Greuther Furth midfielder Hans Nunoo Sarpei believes he is worthy of representing the Black Stars based on his consistent performances.

The 22 year old whose team just secured promotion to the Bundesliga has yet to receive a call-up to feature for Ghana’s senior national team despite playing a pivotal role in helping his team earn promotion to the top division.

According to Sarpei, playing for one’s national team is the ultimate reward for working hard.

He made these comments on Citi Tv’s Tracker with Benjamin Nketsia.

“When I was playing for Stuttgart, I wasn’t given a call-up; I was disappointed and I assumed it was because I hadn’t played a lot of games.

“During this time, I wasn’t really disappointed for not making the national team because I had not done enough to deserve a call-up.

“This time around, I think I have done enough to earn a call-up to the Black Stars, because I have worked hard all these years because of the national team and also to get the opportunity to play for big clubs.” He continued.

“For me it is appalling the way the big men handle these things, because I am not the only player who is in this situation.”

Nunoo Sarpei has spent 3 years with Greuther Furth and has become an integral part of the the team.