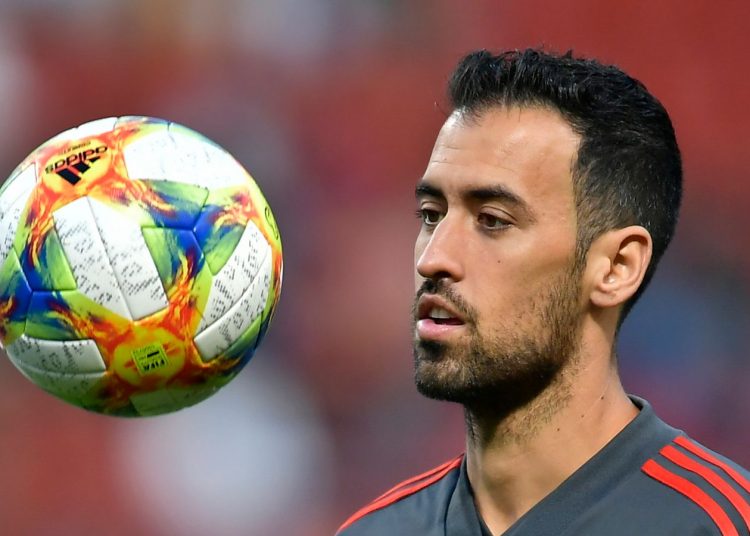 Spain captain Sergio Busquets has tested positive for Covid-19 five days before the start of Euro 2020.

The Spanish Football Federation (RFEF) confirmed on Sunday the Barcelona midfielder has left their Las Rozas training camp after posting a positive result in the latest round of testing.

However, the rest of the team all posted negative results two days after their 0-0 draw against Portugal in Madrid.

Spain take on Lithuania in Leganes on Tuesday in their last warm-up game before the European Championship, but they will now be forced to field players from their U21 side to follow strict health protocols.

“The Federation’s medical services have adopted all the necessary measures in a case of these characteristics in accordance with the protocols established by both the Ministry of Health and UEFA, so that the footballer has abandoned the concentration in a medical vehicle,” the statement read.

“Both the employees and the close contacts of the player will remain isolated for prevention in the concentration of the National Team and personalized training routines will be undertaken, maintaining the isolation, to continue with the preparation of the Euros.”

This week, Scotland midfielder John Fleck and Netherlands goalkeeper Jasper Cillessen both tested positive for Covid-19, putting in jeopardy their hopes of featuring in their side’s first Euro 2020 games.

Spain open their Euro 2020 group stage against Sweden on Monday 14 June, and will also face Poland and Slovakia in Group E with all fixtures to be held at the Estadio La Cartuja in Sevilla.