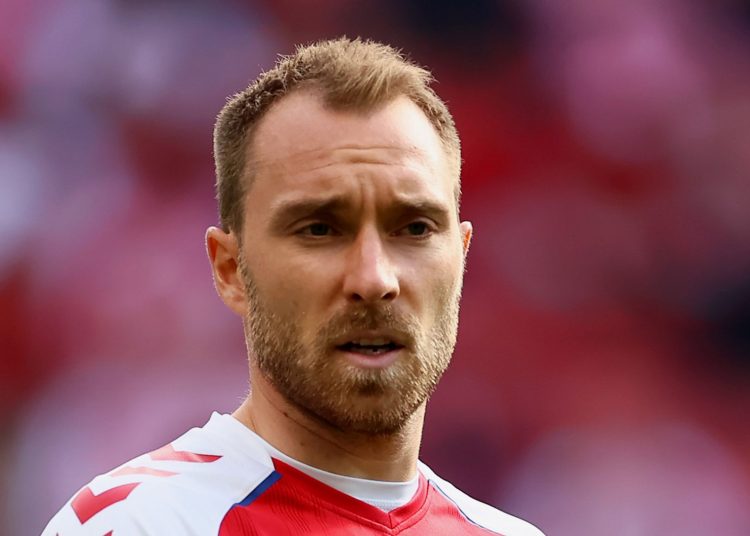 Christian Eriksen will be fitted with a heart-starting device (ICD) after suffering a cardiac arrest during Euro 2020, Denmark team doctor Morten Boesen has confirmed.

The 29-year-old was given CPR on the pitch at the Parken Stadium in Copenhagen after collapsing during the first half of his side’s 1-0 Group B defeat by Finland on Saturday evening.

Speaking after the match, Boesen said Eriksen was “gone”, but swift treatment on the field of play and by hospital staff meant the Inter Milan midfielder was stabilised, and he was later able to send his greetings to team-mates.

Providing an update on Thursday morning, Boesen said: “After Christian has been through different heart examinations it has been decided that he should have an ICD (heart starter). This device is necessary after a cardiac attack due to rhythm disturbances.

“Christian has accepted the solution and the plan has moreover been confirmed by specialists nationally and internationally who all recommend the same treatment.

“We encourage everybody to give Christian and his family peace and privacy the following time.”

Eriksen’s former Ajax team-mate Daley Blind, who is representing the Netherlands at Euro 2020, has also been fitted with an ICD after being diagnosed with a heart condition in 2019.

Blind spent three years with Eriksen at Ajax from 2010 to 2013 and revealed he considered missing his country’s opening game of the tournament after Saturday’s incident.

He broke down in tears after being substituted midway through the second half of the Netherlands’ 3-2 win over Ukraine on Sunday.

What is an ICD?

According to the British Heart Foundation, an Implantable Cardioverter Defibrillator (ICD) is a small device that can treat people with dangerously abnormal heart rhythms.

It sends electrical pulses to regulate these rhythms, especially those that could be dangerous and cause a cardiac arrest.

If an ICD notices a dangerous heart rhythm it can deliver one or more of the following treatments: