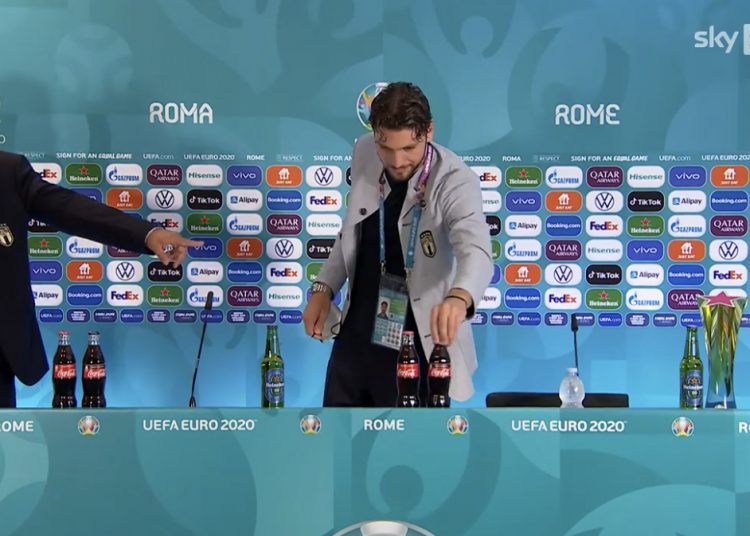 Locatelli produced a Man of the Match performance to inspire Italy to a 3-0 victory over Switzerland on Wednesday evening.

The 23-year-old midfielder, who plays his club football with Sassuolo, netted a brace at the Stadio Olimpico in Rome.

Ciro Immobile also got himself on the scoresheet as the Italians scored three goals for the second successive Euro 2020 Group A match.

However, he caused a stir on social media by copying Cristiano Ronaldo’s Coca-Cola stunt.

Ahead of Portugal’s Group F clash against Hungary earlier this week, Ronaldo went viral after moving two bottles of purposely placed Coca-Cola bottles out of sight.