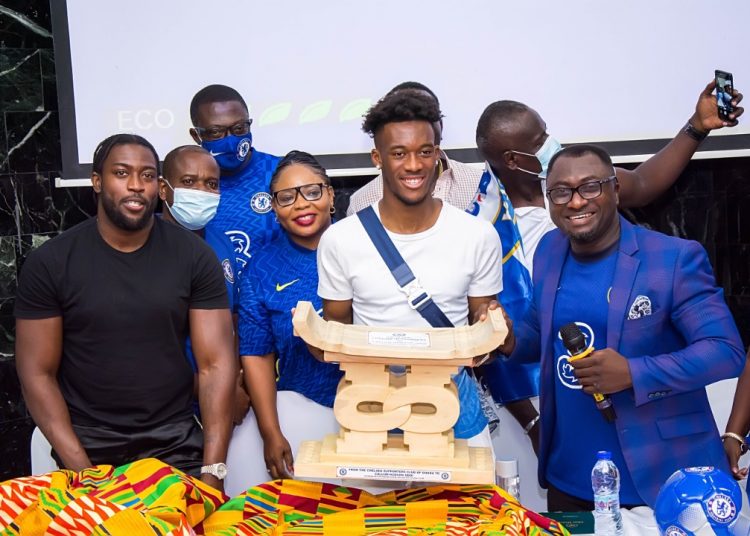 Chelsea star Callum Hudson-Odoi has been advised by former Ghana international Charles Taylor to snub advances from Ghana to switch nationality to the West African nation because it could spell doom for his career.

The England-born star is eligible to play for Ghana through his parents, despite making three senior appearances for the Three Lions.

The 20 year old, who spent a week vacationing in Ghana early this month, met with  Ghana President Nana Akufo-Addo, who urged the Sports Minister Mustapha Ussif and Ghana Football Association president Kurt Okraku to do everything possible to get him to switch nationality to the country of his parents.

But the former Hearts of Oak and Asante Kotoko midfielder, Charles Taylor, has advised him to focus on his career with England and ignore any calls to play for Ghana.

Under Fifa’s updated rules on eligibility, Hudson-Odoi will be able to switch allegiance to Ghana in November next year should he not add any more appearances to his current three caps for England.

He would have to wait until next year in accordance with regulations which require a player with a senior cap for one nation to wait for three years from his last international appearance to be able to change his association.

“I think obviously when you’re young, you have the opportunity to play for England throughout all the years, from under 15 to under 16 all the way up,” the winger said earlier this month about his international future.

“When they obviously gave me the opportunity to come I was in the country already. It’s something that I already had in my mind, set on already playing for England.”

“So it was the thing obviously choosing Ghana or England, and at the end of the day I said I always had the right people around me who always advise me – what’s right, what’s wrong. England came and I said ‘Yeah, let me go and play for my country’.