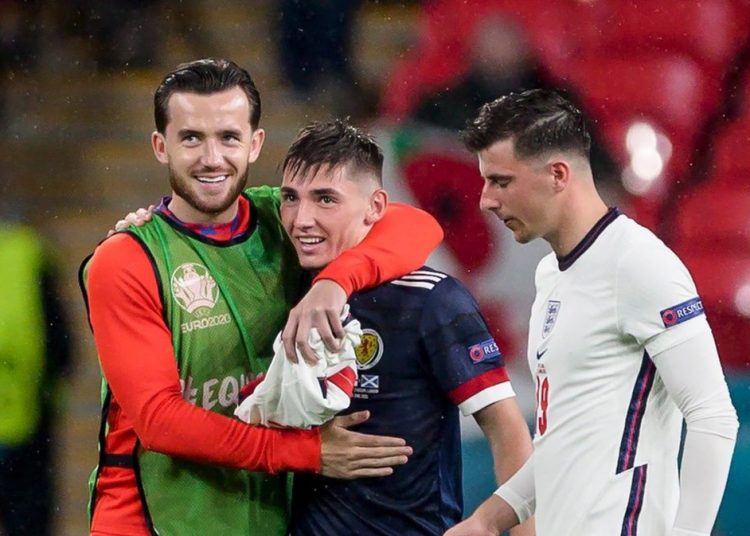 England’s Mason Mount and Ben Chilwell will miss Tuesday’s Euro 2020 game against the Czech Republic as they self-isolate because of a risk of Covid-19 exposure.

The pair were seen interacting with Chelsea team-mate Billy Gilmour after England’s draw with Scotland on Friday – since which the midfielder has tested positive for coronavirus.

They will isolate until 28 June and so could miss England’s last 16 match.

Both have tested negative for Covid-19.

England are guaranteed a place in the last 16 of Euro 2020 after Monday’s results, but will go through as Group D winners with victory over the Czech Republic.

The pair’s period of isolation will impact preparations for the knock-out stage.

If England finish second in their group, then their last 16 game takes place on Monday 28 June but if they win the group they play a day later and so the pair would be eligible.

Finishing third would see England play on either 27 or 29 June dependant on the results in other groups.

Midfielder Mount has so far played in every minute of England’s European Championship campaign, while left-back Chilwell is yet to feature.