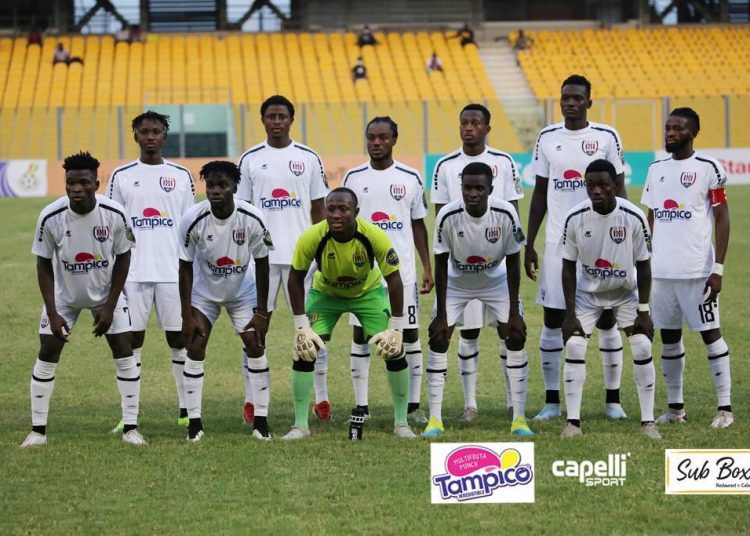 Inter Allies have been relegated from the Ghana Premier League after fellow relegation candidates Ebusua Dwarfs and King Faisal recorded 2-0 victories in their match week 31 fixtures on Monday afternoon.

King Faisal beat Legon Cities 2-0 at home in Techiman while Dwarfs beat Karela 4-1 in Elmina, the adopted home venue of Karela after their favored CAM Park was banned for fan violence.

With 26 points, bottom club Inter Allies thus become the first team to be relegated from the 18-team top division league.

It brings to an end Allies’ 8-year stay in the league, having gained promotion in 2014.

Faisal’s meanwhile has taken them out of the relegation zone into 15th while Dwarfs moved further away from relegation into 12th position.