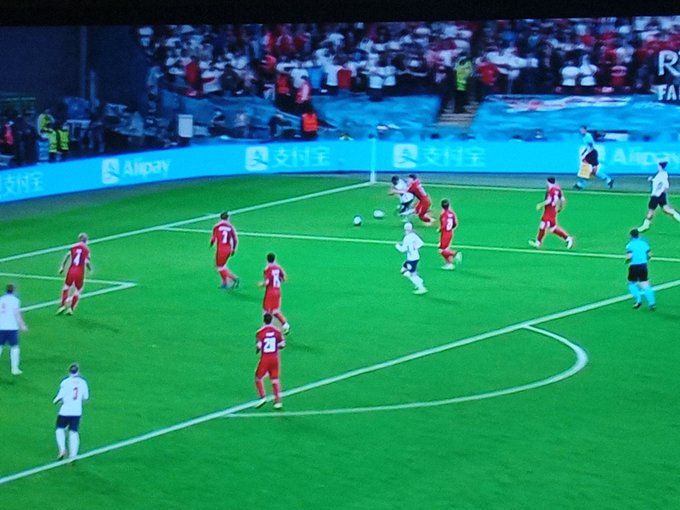 Raheem Sterling won a controversial penalty for England, which Harry Kane converted to give England a 2-1 win over Denmark and reach a first ever European Cup final.

The penalty has generated controversy with many believing Sterling dived and went down under very minimal contact in front of the 60,000 screaming fans inside Wembley Stadium.

VAR reviewed the incident and decided there was enough contact to warrant a penalty.

See video of the incident below:

Sterlings right knee gets clipped followed by a hip barge from the other side….how is that “not touched”? try staying on your feet while sprinting with a ball and that happens pic.twitter.com/6LsSVxkaJd