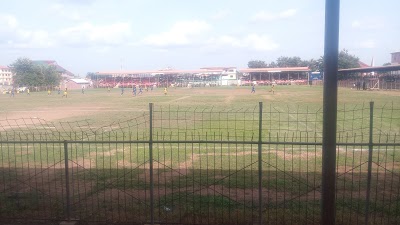 The Executive Council of the Ghana Football Association has temporarily banned Division One League side, Brong Ahafo United FC from using the Sunyani Coronation Park as its home venue until further notice.

The decision comes after fans of BA United mercilessly beat up referee Maxwell Hanson after he awarded a first half penalty for Real Tamale United in their National Division One League game in Sunyani on Sunday.

Following a meeting with regards to the incident, the GFA EXCO resolved to ban the Division One side from using the Coronation Park until a full decision is taken by the Disciplinary Committee of the GFA on the matter.

“That in the exercise of its powers under the Division One League Regulations, the Executive Council has decided that Brong Ahafo United FC is temporary banned from using the Sunyani Coronation Park as its home venue.” The GFA said.

The Ghana Football Association has also directed all the Division One Clubs in Zone 1 to play the rest of the season’s games behind closed doors.

“That all the 16 clubs in Division One League Zone 1 are hereby directed to play their remaining league matches of the season behind closed doors without failure and that any violation shall be severely punished.

“No other person shall be in attendance apart from the 18 players and the 7 Technical Team members from each club, Match Officials, Medical Personnel for the match, 8 ball boys and the agreed number of Police and Military officers sanctioned by the GFA. This shall strictly be enforced.”