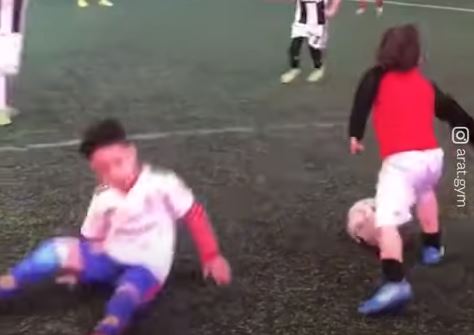 Arat Hosseini might not be an immediately recognisable name right now but it very easily could become one in the next few years.

Picture Lionel Messi’s immense skill, technique and balance combined with Ronaldo’s strength, determination and hard work and you’ll probably not get a more appropriate player than this diminutive seven-year-old.

Arat was born in Iran but currently lives in London, but has drawn the most comparisons with Barcelona’s Messi due to his mesmerising left-footed dribbles which usually leave his opponents of all ages.

His father is his personal trainer and is even reported to have quit his job to train Arat full-time.

Arat himself is already a star with five million followers on Instagram.

Be wowed by Arat’s skill below:

#DONKOMI: "Rennes project appealed to me so I joined"- Kamaldeen Sulemana