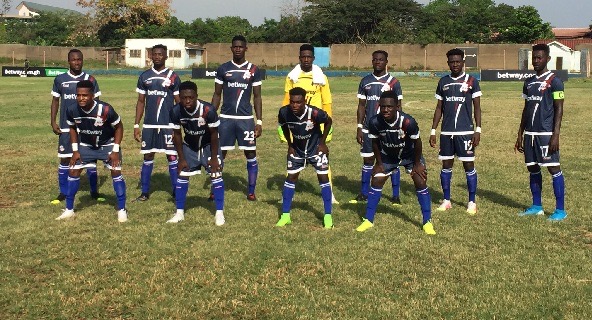 Liberty Professionals and Cape Coast Ebusua Dwarfs have been relegated from the Ghana Premier League after an epic final day of action.

The two clubs now join Inter Allies who had been relegated in match week 31.

Dansoman based Liberty, went into their final fixture at home against King Faisal, knowing a win would guarantee them safety.

But they could only afford a goalless draw against a Faisal side who also needed a point to secure safety.

The result brings Liberty’s 22 year stay in the Ghana Premier League to an end.

Ebusua Dwarfs will join Liberty in the division one league next season despite their hard fought win over Bechem United on final day.

The Cape Coast based side missed out on safety due to their regional rivals, Elmina Sharks’ surprise win at Asante Kotoko.

Legon Cities, looked to be heading towards relegation at halftime, but two goals in the second half, turned around a 2-1 deficit against Eleven Wonders to a 3-2 win at full time, securing safety for the Royals.

See the full results from matchday 34: