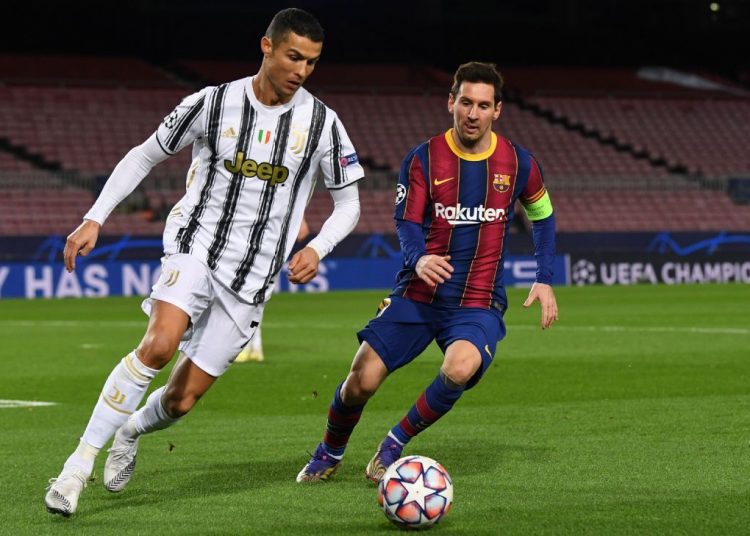 You’d be forgiven for assuming that Cristiano Ronaldo is persona non grata at Barcelona given his legendary status with bitter rivals Real Madrid, where he became their all-time top goal scorer before joining Juventus in 2018.

Ronaldo scored 20 goals in 34 appearances against the Catalans during his nine-year stint at the Bernabeu, with two league titles and four Champions Leagues among the 15 trophies he helped them win in that time.

However, Barcelona still use the Portugal superstar as motivation of sorts for their players three years after he ended his year in, year out rivalry with Barca and Lionel Messi by swapping Spain for Italy.

Posted up on a wall at Barca’s Joan Gamper training ground is a cutting of a headline about Ronaldo taken from the Spanish daily sports paper AS, which reads: “Cristiano positive again for COVID-19 and will miss Barcelona game.”

The headline dates from last October, when Ronaldo was forced to miss last season’s Champions League group-stage clash between Juventus and Barca in Turin after returning a positive COVID-19 test and needing to self-isolate.

The Ronaldo headline has been put on display to serve as a reminder to Barca’s players about the importance of following all of the guidance and protocols to avoid contracting COVID-19 and the implications of not taking them seriously enough.

According to AS, underneath the cutting a statement also reminds players and staff that “the competition is at stake” and, in red letters, “the rules are to be met.”

Much was made of the potential reunion of Ronaldo and Messi when the sides were pitted against each other for the first time in two years. Unfortunately, having just returned from international duty with Portugal, Ronaldo tested positive for the coronavirus in the weeks leading up to the aforementioned Champions League tie, and he did not return a negative test in time to feature in the European game.

With Juve depleted of their star man, Barca won the game 2-0 thanks to goals from Ousmane Dembele and Messi, who wrapped things up with a stoppage-time penalty.

To underline how much of a loss Ronaldo was in that game, by the time of the return fixture at Camp Nou last December, he was available again and scored two goals in a 3-0 win for Juventus that sealed their place as Group G winners.