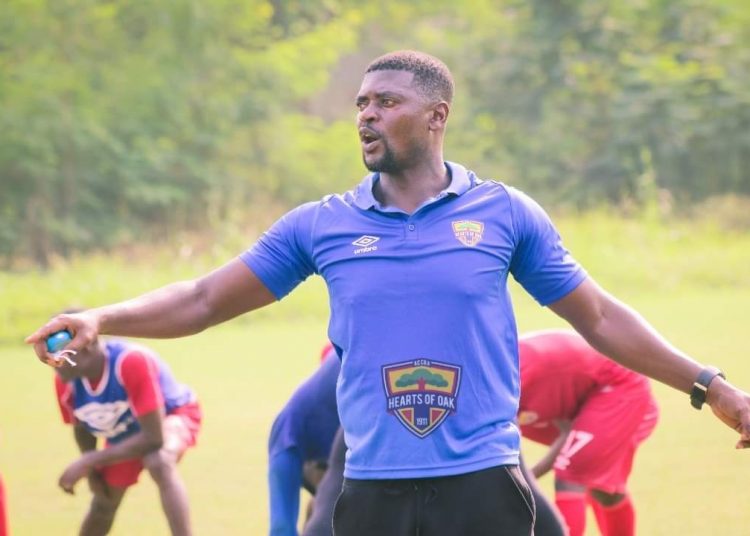 Hearts of Oak head coach, Samuel Boadu has set his sights on coaching the Black Stars in future.

The former Medeama gaffer previously coached Ghana’s Under 15 team and is currently the assistant coach for the Black Satellites.

Boadu believes he can be in contention to coach the senior national team if he works hard.

“In the future, every coach will want to handle his country’s national team and I will be proud of it.” he said in an interview with Citi Sports.

“That is my target for the future, handling a national team is not an easy task, you need to work extra hard.”

Samuel Boadu was recently named Coach of the year at the 2021 Ghana Football Awards.