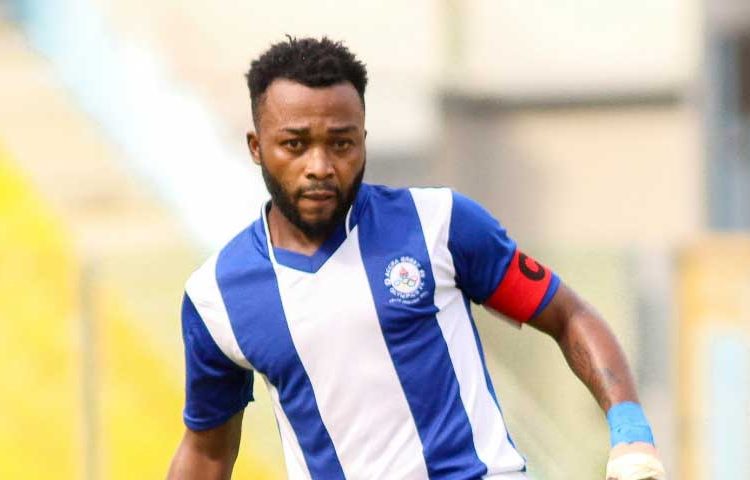 Accra Great Olympics captain, Gladson Awako is unsure where next he will be playing his football amidst reports linking him with a move to Ghana Premier League Champions, Accra Hearts of Oak.

Olympics have yet to offer Awako who has just six months left of his current contract, a new deal.

Reports indicate that the 31-year old is a top priority for Hearts of Oak who are seeking to strengthen their squad ahead of the CAF Champions League.

Despite several reports stating that the former TP Mazembe player has agreed to join Hearts of Oak, Awako says a decision is yet to be made regarding his next move.

He made these comments in an interview on TV3.

“As the season is not yet over, we are waiting for the federation to close the season.”