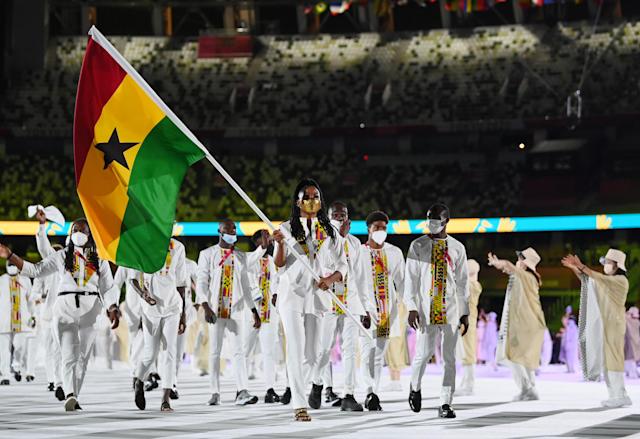 Team Ghana stole the show with a colourful appearance in the opening ceremony of the Tokyo Olympics.

Despite presenting only 14  athletes at this year’s Games Team Ghana made a statement entrance in Tokyo, led by Nadia Eke.

They’ll be hoping to translate the excitement that greeted that entrance into a creditable performance at the tournament.

Previous forays have often proven to be less than successful, with Ghana winning only four medals in the history of the Olympics, and none at the last six tournaments.

Ghana has had 340 athletes represent the country since the 1952 Olympics in Helsinki where seven persons represented the then Gold Coast.

The country’s highest number of representatives was the 42 athletes that ironically competed in the Tokyo Olympics, back in 1964.

The nine representatives Ghana sent to both the Beijing and London Olympics are the fewest Team Ghana has had at the tournament since Helsinki.

Take a look at the graphic below, detailing the country’s appearances at previous Olympic Games and how they performed. 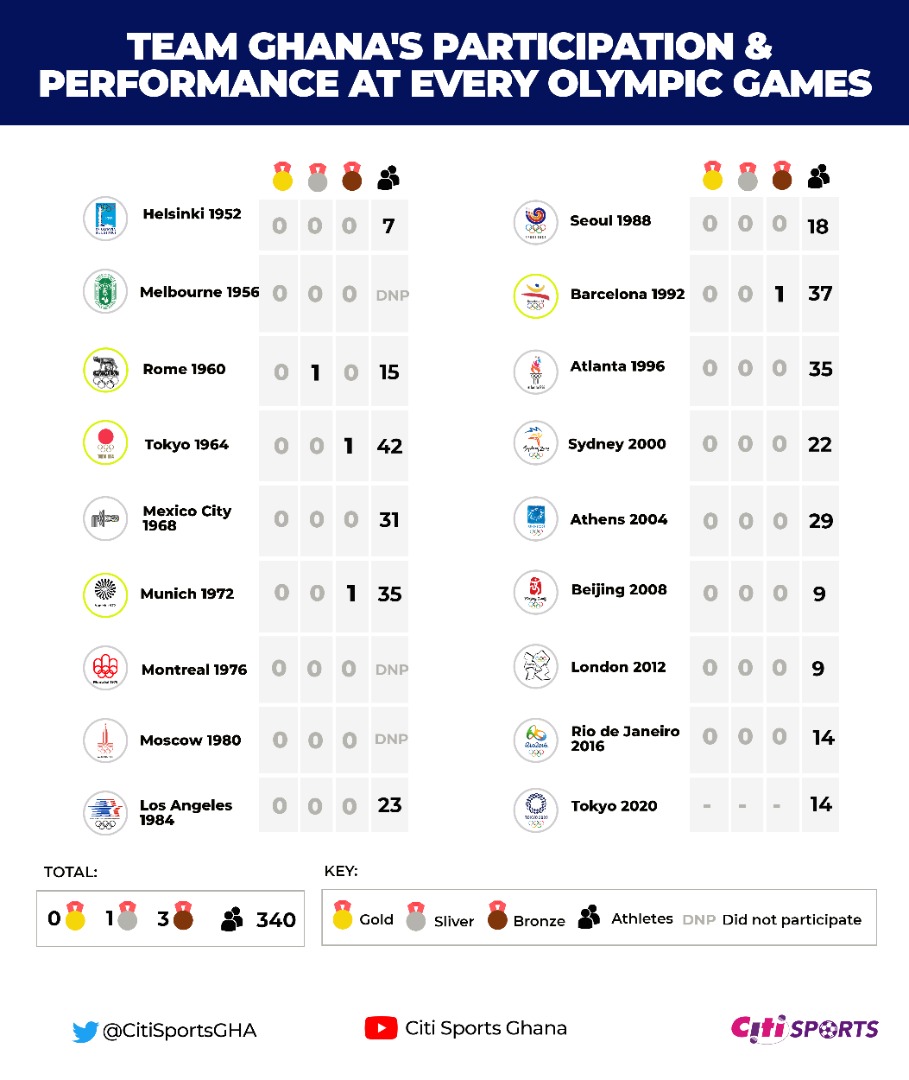