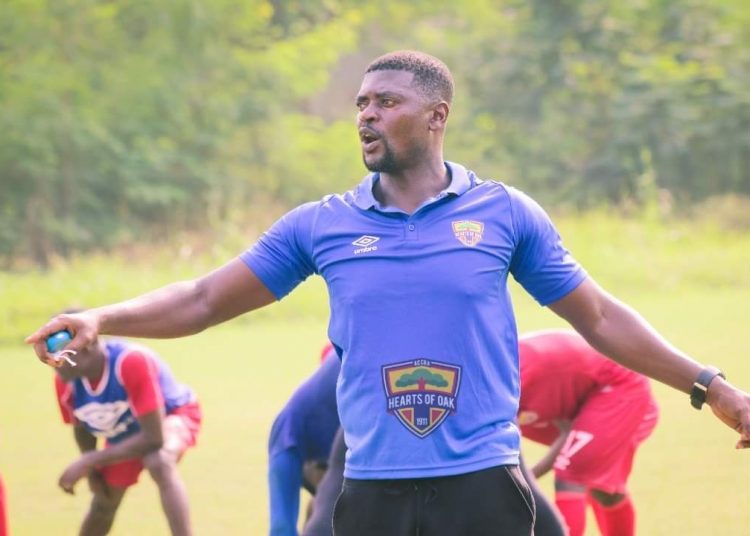 Hearts of Oak head coach, Samuel Boadu, has underlined the importance and quality of his team’s depth as being key to their victory in the MTN FA Cup semi-final.

The Phobians put Medeama away by three goals to zero in Sunday’s semi-final played at the Cape Coast Stadium.

Benjamin Afutu, Isaac Mensah and Daniel Afriyie Barnieh got the goals for Boadu’s men on the day.

After the match, Boadu underscored the team’s depth and said the players he featured in place of his regulars possessed the needed quality that handed them a place in the final.

He also spoke on how his team managed to get past Medeama.

“I do not depend on a few players. I build around all the players and so, if one player is not available, then the replacement will be better than the starter.

The match, in itself, was a good one. In the first half Medeama tried to confuse us with their game plan but we used our tactics to get all the three goals.”

The Phobians will face AshGold in the final of the FA Cup on Sunday, August 8 at the Accra Sports Stadium and victory for Hearts will give them a double after they won the 2020/21 Ghana Premier League title.