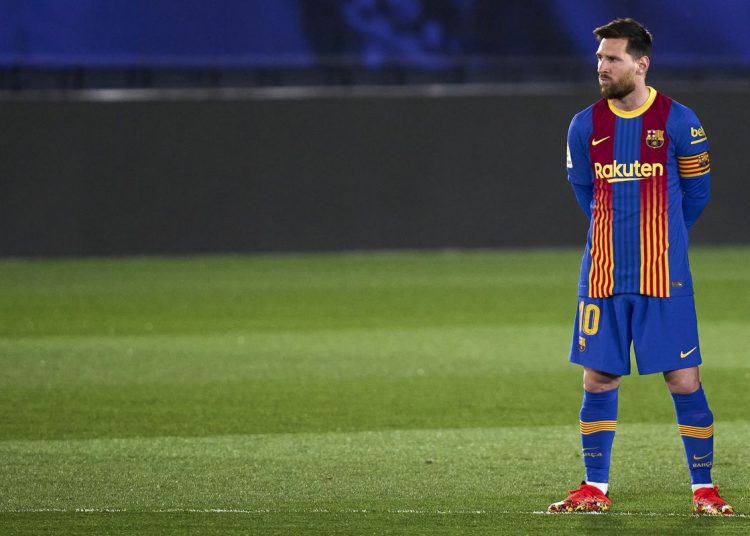 Lionel Messi, will not renew his FC Barcelona contract according to the club.

LATEST NEWS | Leo #Messi will not continue with FC Barcelona

The Argentine star’s latest deal expired this summer, but he was expected to commit to a new contract ahead of the new season.

However, both sides could not reach an agreement and the 34-year-old will now exit the club after 18 years, having joined the club from Newell’s Old Boys.

Messi was expected to sign a new five-year contract with the Catalan club, which would have seen his salary reduced by 50 per cent.

But the club’s financial situation made it impossible for them to register him for the new season without drastically reducing their wage bill.

A statement on the club’s website read: “Despite FC Barcelona and Lionel Messi having reached an agreement and the clear intention of both parties to sign a new contract today, this cannot happen because of financial and structural obstacles (Spanish Liga regulations)

“As a result of this situation, Messi shall not be staying on at FC Barcelona. Both parties deeply regret that the wishes of the player and the club will ultimately not be fulfilled.

“FC Barcelona wholeheartedly expresses its gratitude to the player for his contribution to the aggrandisement of the club and wishes him all the very best for the future in his personal and professional life.”

Messi has spent his entire career at Barcelona, coming through the club’s academy before going on to score 672 goals in 778 appearances after making his senior debut in 2003.

In a trophy-clad career, Lionel Messi has gone on to win claim 10 La Liga titles and four Champions League trophies among a plethora of other laurels at FC Barcelona.

Messi recently won a major trophy with Argentina for the first time, helping them to Copa América’s title this year, to make him arguably the best player in the world.