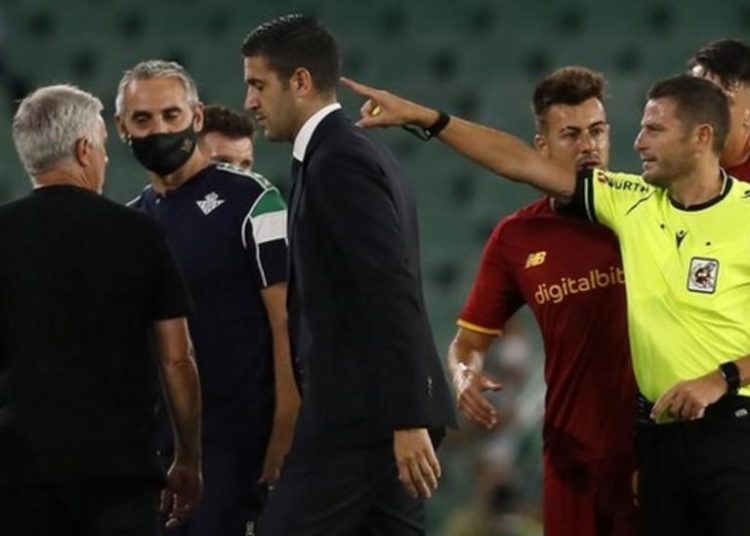 Coach Jose Mourinho was sent off as his Roma side finished Saturday’s friendly away to Real Betis with only eight men.

The hosts went 3-2 up on 57 minutes but Roma’s players argued that Alex Moreno had handled the ball over the line.

Midfielder Lorenzo Pellegrini received a second yellow card, while Mourinho was also sent off for protesting.

Gianluca Mancini and Rick Karsdorp both received second cautions in the closing stages as Betis scored twice more to seal a 5-2 win in Seville.

Roma had twice come from behind, with new Uzbek signing Eldor Shomurodov cancelling out Rodri’s opener before Mancini made it 2-2 on 50 minutes after a Nabil Fekir strike.

Drama ensued after Moreno’s goal, with Cristian Tello and Rober on target as the hosts made their numerical advantage count.

Betis begin their La Liga campaign away to Mallorca next Saturday, 14 August (18:30 BST).

Roma have a friendly on the same day at home to Moroccan side Raja Casablanca before a Europa Conference League play-off tie on 19 August, and their Serie A season starts at Fiorentina on 22 August.